Ivana Golovanov is the villainess of "Heartless", case #11 of Criminal Case: Pacific Bay, the 2nd season of the crime solving game Criminal Case (release date June 19, 2014). She was a Russian politician whose campaign primarily targeted the protection of the "purity" of Russian culture. Ivana resided in the Inner City of Pacific Bay and hated the fact that the Chinese were also populating the city.

Ivana was first approached in regards to the murder of shopkeeper Ling Zhang after one of Ivana's campaign flyers was found at the scene of her murder. When questioned by the player and detective Amy Young, Ivana quickly showed her racist colors, callously accusing Ling's death to be at the hands of the Chinese and expressing her fierce desire to keep the Chinese from (in her mind) taking over her city.

Later on, the investigation revealed that Ivana's brother, Piotr, had fallen in love with Ling after meeting her at the herbal shop she worked at and became married in secret. When confronted with this, Ivana stated that she'd known all along about her brother's secret wedding and accused Ling of manipulating Piotr to marry her for some secret agenda. But ultimately, the evidence concluded that it had been Ivana who killed Ling, having attacked her and knocked her out with an acupuncture needle before stabbing her to death with a Chinese dagger. It was also believed that Ivana carved out Ling's heart as a trophy, but this was later proven to be the work of corrupt surgeon Mark McKenzie.

After unsuccessfully trying to blame the Chinese for her murder, the evil Ivana confessed to killing Ling, angrily proclaiming that she couldn't accept Chinese blood in her family and that she wanted to send a message to the Chinese community, even going as far as to claim that "race-mixing" was the cause of the Inner City's rising crime rates. Ivana was arrested and sentenced to twenty years in prison for murdering Ling, with the villainess continuing to proclaim that she had been trying to protect her community. 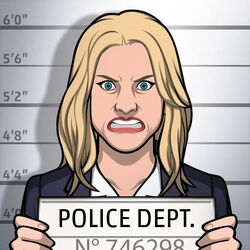 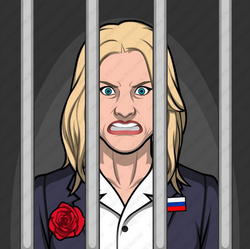 Add a photo to this gallery
Retrieved from "https://femalevillains.fandom.com/wiki/Ivana_Golovanov_(Criminal_Case)?oldid=145441"
Community content is available under CC-BY-SA unless otherwise noted.