Isabella Fairchild is the villainess of "Troubled Waters", case #43 of the crime solving game Criminal Case (release date October 10, 2013). She was the daughter of the deceased Edgar Fairchild and the heiress to his immense wealth. Following her husband's passing, Isabella was taken under the wing of politician Martha Price.

It was when Martha invited the player and detective David Jones to join her and Isabella to her yacht party that the body of Andrew Ashworth was found in the water by David, his body severed in half. When Isabella saw the grisly sight, she fainted and later lamented how her brooch (which contained a photo of her father) was found shattered.

The detectives later questioned Isabella while returning her repaired brooch, and it was then that Isabella claimed that she ran into Andrew at several charity functions, but didn't like him due to his womanizing behavior. But the investigation revealed that Isabella was actually in a relationship with Andrew, and the two often frequented Jezabela's Dungeon (a fetish/BDSM club) together. After club owner Jezabela gave a description of Isabella as Andrew's date, the player and David interrogated Isabella and she admitted to her relationship with Andrew, while ranting about the judgmental nature of her community.

Ultimately, the evidence proved that Isabella had killed Andrew, and she openly admitted to the crime when brought in for questioning (much to David's shock). Isabella went on to reveal that, while she found Andrew intriguing and loved the BDSM lifestyle he introduced her to, she began to resent him for attempting to control her outside of the club (even trying to dictate what she was allowed to eat). Isabella broke up with Andrew, but when he continued to call and send her gifts, Isabella decided to take matters into her own hands, calling Andrew and inviting him to have a tryst on Martha's yacht, stealing mead from Andrew's grandfather Archibald on the way. Once on the boat, however, the evil Isabella convinced Andrew to jump into the water before starting the boat and running Andrew over, with the rotors killing him.

Isabella was arrested and, during her trial before judge Olivia Hall, Isabella boldly gave a guilty plea and proclaimed that her father taught her not to rely on others to fix her problems and that he would be proud of her for not running away from the consequences of her actions. The judge, however, expressed her shock that a woman of Isabella's upbringing would resort to murder to solve her problems before sentencing her to twelves years in prison, with a possibility for parole in six. 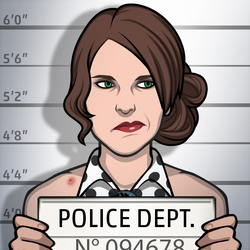 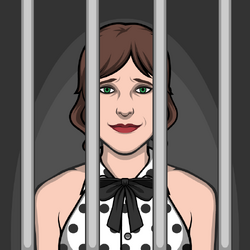 Add a photo to this gallery
Retrieved from "https://femalevillains.fandom.com/wiki/Isabella_Fairchild_(Criminal_Case)?oldid=147453"
Community content is available under CC-BY-SA unless otherwise noted.