Start a Wiki
watch 04:21
The Loop (TV)
Do you like this video?
Ilsa (Dyanne Thorne 1943-2020) is the main villainess in the 1977 sexploitation film, "Ilsa the Tigress of Siberia".  It is considered the fourth a final Ilsa movies.

Ilsa has gone from 1940 Nazi Germany, to 1970 Middle East, to 1970 South America, and finally back to 1950 Siberia.  Ilsa runs a brutal rehabilitation camp for political prisoners.  Those who try to escape are tortured in a variety of ways, or fed to a man eating tiger.

When Joseph Stalin is executed, the Ukranian General Zerov and his soldiers plan to attack the camp.  However, Ilsa and her comrades kill the captives and escape.  One man survives, Andre Chicurin.  It is now 1977 in Montreal.  Chicurin is now a coach for a Soviet Hockey team.  He soon discovers that Ilsa is alive and well and running a brothel named Aphrodite there in Canada.  A group of secret agents have their sights set on the vile female war criminal, but Chicurin wants his chance for revenge and Ilsa has unfinished business.

General Zerov learns of Ilsa's survival, and sends heavily armed agents to kill her and destroy her prostitution ring.

At the end of the film, Ilsa breaks her ankle in a snowmobile accident.  She attempts to pay off Chicurin with her stash of money if he'll save her, but he turns and leavers her there to die on the icy Canadian plains.  The last we see of Ilsa is of her burning all of her money in an effort to stay alive in the freezing cold as the sun slowly disappears below the horizon. 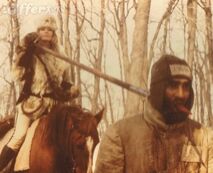 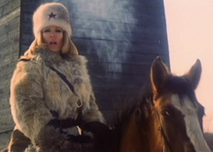 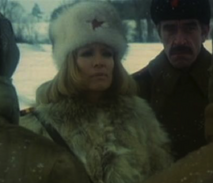 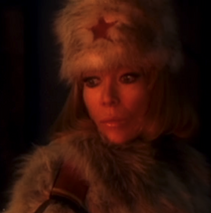 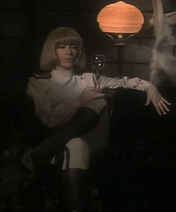 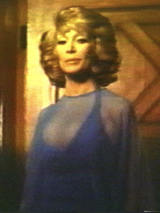 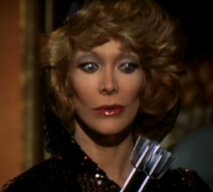 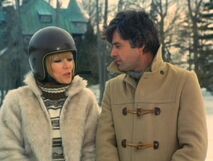 Retrieved from "https://femalevillains.fandom.com/wiki/Ilsa_(Ilsa_the_Tigress_of_Siberia)?oldid=207836"
Community content is available under CC-BY-SA unless otherwise noted.