Ibid and her centaur, Noxid, had been condemned by Zeus to live in purgatory but they were spared this fate when the Nobba, the mother of Ibid, placed them in a magic lamp instead. When they were awakened in the 20th century, they were stopped by the Werewolf Hunter.

Ibid is highly experienced in getting what she wants through seduction. Noxid is a powerful centaur who enjoys trampling people to death and ripping them apart. 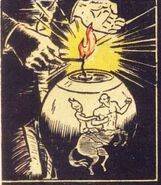 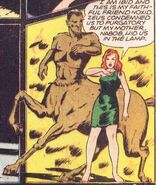 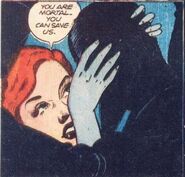 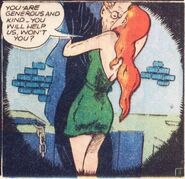 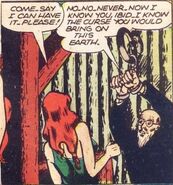 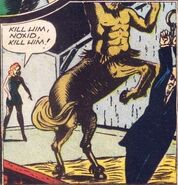 Add a photo to this gallery
Retrieved from "https://femalevillains.fandom.com/wiki/Ibid_(Rangers_Comics)?oldid=156437"
Community content is available under CC-BY-SA unless otherwise noted.