Start a Wiki
watch 04:10
The Loop (TV)
Do you like this video?
Hope Springs (Rachel Farrow) is an antagonist in the 2013 episode "Operation: Next Episode" (episode 32) for the action comedy web series "The Adventures of Superseven".

Hope Springs and her partner Daniel Dobbs (Doug Drexler) are assasins charged with killing Sandra West (Olivia Dunkley).  Hope is a member of the League of Assassins, while Daniel is a freelance assassin who Hope is paying for the use of his services.

They arrive in a black BMW convertible at the back alley to Sandra's apartment and see her head upstairs.  Daniel suggests that he could pick her off when she returns to her car.  However, Hope has another idea, and pulls out a pipe bomb with a timer on it.  She tells Daniel that she has a very special surprise for Sandra West.

Hope gets out of the car and heads on foot down the alley toward Sandra's car.  She is dressed in a low-cut little black dress, with red stilettos.  She has red hair and glasses.  Meanwhile Daniel assembles his silencer, scope and extension to his pistol in the event that Hope's idea does not pan out.

Upon arriving at Sandra's car, she verbalizes "Rest in Pieces, Miss West", and leans over to place the time bomb on the seat.  However, she is surprised to hear "intruder alert" coming from the car's alarm.  Before she is able to take evasive actions, an electrical pulse exits from the console and zaps poor Hope with a shock of continuous energy.  The helpless assassin is powerless to do anything but take the electical jolt.  At it's completion, the lifeless Hope collapses to the ground dead.  The car computer emits the data that "operative has been neutralized".

Daniel watches all in horror from a distance, and before he is able to react, Sandra West appears at the passenger side door pointing a pistol at him.  Daniel makes an ill fated attempt to counter, and Sandra shoots him in the chest with two bullets.  She then takes his gun as a finders fee.

Back at her own car, Sandra steps over the top of Hope and after placing Daniel's gun inside, she drives away.  However, she only gets about 20 yards away, and we see her car back up and return.  Sandra got out, removed Hope's lovely red pumps from her feet and got back in the car to leave.  Sandra has a shoe fetish, and she can't pass on a great pair of stilettos to add to her collection. 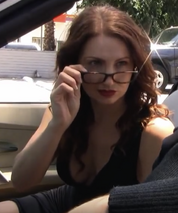 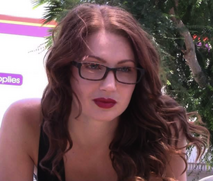 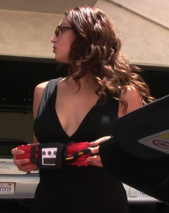 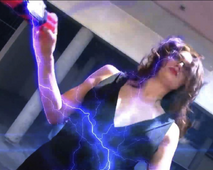 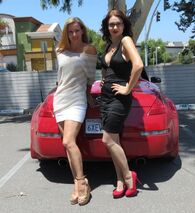 Add a photo to this gallery
Retrieved from "https://femalevillains.fandom.com/wiki/Hope_Springs_(The_Adventures_of_Superseven)?oldid=206914"
Community content is available under CC-BY-SA unless otherwise noted.