Elizabeth Holly Viola (Bella Thorne) is the villainess of the 2017 film You Get Me. She was the stepdaughter of Corinne Viola, her father having died when she was younger. Holly was shown to have disdain for Corinne, at least partly because of the fact that her father left her almost everything.

She also had a history of psychotic behavior, having previously assaulted a classmate for a dispute involving her boyfriend. Holly moved to a new town with her stepmother, and it was there that she met Tyler Hanson while waiting for the bathroom at a party. She later ran into Tyler after he and his girlfriend Alison broke up, leading the two to have a wild night of partying together that lead to the two having a sexual encounter. Holly then took Tyler to her house and the two bonded the next day, which culminated in a passionate tryst that night, with both of them agreeing the morning after that what had happened was special.

But later on, Tyler and Alison talked about what had happened and forgave each other, getting back together. But Tyler was surprised on the first day of school when Holly turned up as a new student. Wanting to stay close to Tyler, Holly intergrated herself into Alison's friend group. Tyler texted Holly to meet him after school, where Holly tried to make out with him. But Tyler stopped Holly and told her that things between them were over. Holly became upset and accused Tyler of lying to her before saying he would regret leaving her. Holly continued to befriend Alison to toy with Tyler and even began dating his friend Gil. After a sleepover with Alison, the delusional Holly confronted Tyler and tried to convince him that they were good together. When Holly learned that Alison's friend Lydia was growing suspicious of her, Holly gave her a smoothie poisoned with a substance that gave her an allergic reaction, causing her to be hospitalized.

One morning, Holly was confronted by Corinne for skipping therapy appointments and not taking her medications, to which Holly subtly threatened Corinne with a knife. It was then revealed that Holly had created a shrine to Tyler, showing the depths of her obsession. At school, Holly went to Alison and claimed that she was pregnant and that the father was abusive (both of which are revealed as lies later). That same day, Holly came to Tyler's house unannounced and began bonding with his younger sister Tiffany. Tyler took Holly outside and angrily told her that what happened between them was a mistake. Holly delusionally persisted, and their fight culminated in Tyler pushing her to the ground, scraping her hands and cutting her lip. When Tyler ignored Holly's desperate texts, the villainess retaliated by accusing Tyler of assault to the police and school, resulting in him being suspended. She also told Alison of her and Tyler's dalliance, causing her to break up with him again.

In the climax, Holly kidnapped Alison from her home and took her to her house, restraining her to a chair and preparing a noose. The evil Holly began taunting Alison, claiming Tyler wanted to be with her instead and slapping Alison when she said Tyler didn't love her. Corinne arrived and tried to free Alison, but was stopped when Holly suffocated her with a plastic bag. When Tyler arrived, Holly made him recreate their first day together at the house before Tyler ran to find Alison, eventually finding her strung up from the ceiling (but still alive). Tyler freed Alison and tried to escape, but was cornered at the pool by the pistol wielding Holly. When Gil suddenly arrived (having gotten Tyler's call from earlier), Holly shot Tyler in the shoulder. She then turned to try and shoot Gil, allowing Alison to stab her with the fireplace poker Tyler grabbed from inside. A wounded Holly falls backwards into the swimming pool with a splash. Holly ultimately survived her wound and was taken into an ambulance, where she seemed to become infatuated with a comforting paramedic. Holly was most likely arrested off-screen. 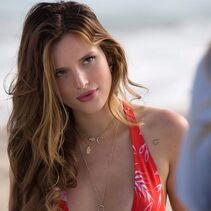 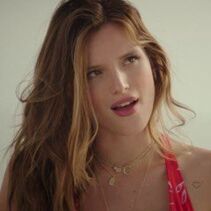 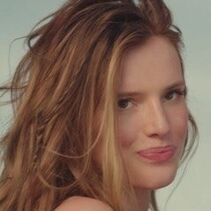 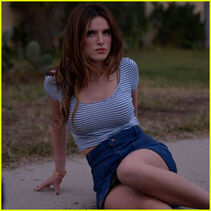 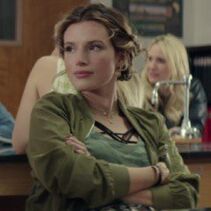 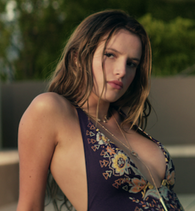 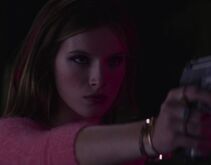 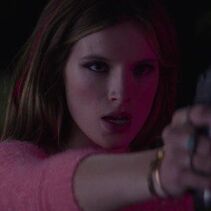 Add a photo to this gallery
Retrieved from "https://femalevillains.fandom.com/wiki/Holly_Viola_(You_Get_Me)?oldid=205150"
Community content is available under CC-BY-SA unless otherwise noted.