Hippolyta (Tina Gloriani and Jayne Mansfield) is the primary villainess in the 1960 Peplum film The Loves of Hercules, also known as Hercules vs The Hydra. She is the queen of the Amazons.

Hercules (Mickey Hargitay) is on a mission to prove his innocence in the death of Achilles (Gil Vidal). He was framed in the death when his daggar was discovered in his back.

Hercules set off to the Underwold to retrieve the witness who will clear up his name. In the course, he encounters a three headed hydra, which he kills. However, Hercules is badly hurt, and is taken back to the land of the Amazons led by Queen Hippolyta.

We find that Hippolyta is responsible for having her sorceress advisor Maga (Olga Solbelli) turn all her former lovers into trees which reside in a forrest near her capital.

Hippolyta plans to do the same with Hercules, but Maga convinces that the way to win him over is to take the face and body of Hercules lover, Queen Deianira (Jayne Mansfield). Therefore, Hippolyta takes a potion that does just that. The only difference is that Hippolyta has red hair rather than black hair of that of Deianira. Despite the warnings of the Amazon guard Nemee (Moira Orfei), Hercules falls for the charms of the evil queen of the Amazons.

Finally, Nemee convinces Hercules to follow him to the forest, where he is shown Hippolyta's men trees. Hippolyta uses a bow and arrow to kill Nemee for betraying her. However, she got too close to one of her trees, and is smothered and crushed to death. Hercules made his escape. 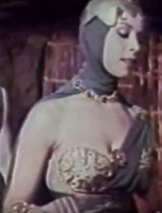 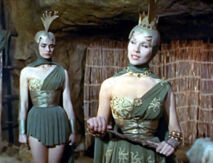 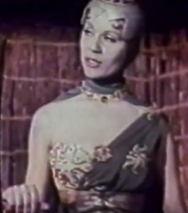 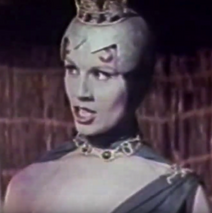 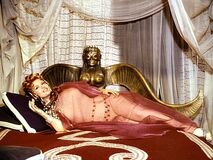 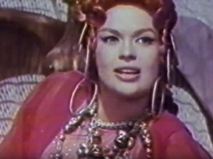 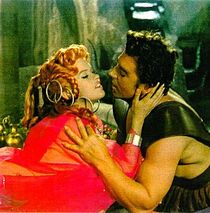 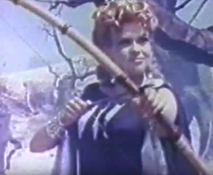 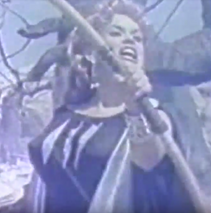 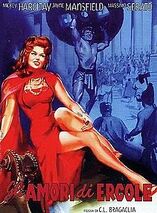 Add a photo to this gallery
Retrieved from "https://femalevillains.fandom.com/wiki/Hippolyta_(The_Loves_of_Hercules)?oldid=166296"
Community content is available under CC-BY-SA unless otherwise noted.