The Female Villains Wiki
Register
Don't have an account?
Sign In
Advertisement
in: 1990s, A Taste Of Her Own Medicine, Assassin,
and 28 more

Her first episode was "The Mother of All Monsters" in 1995. In this episode, she is summoned by Echidna to assist in a revenge plot to kill Hercules (Kevin Sorbo) and Alcmene. Along with her sister archers including Archer 2 (Katrina Misa), she works with Demetrius to lure Hercules into Echidna's trap. She shot Hercules with an arrow but he survived. Iolaus (Michael Hurst) discovered that if the archer's bow strings were snapped, then the archer who it belonged to disappeared.

While Hercules is fighting with swords against the archers, Iolaus discovers the archers bows which they had laid down against some boulders while they are resting and cleaning their weapons. Iolaus plucks them one at a time, and each of them disappear while trying to reach Iolaus. Therefore, the Head Archer disappears into oblivion in this show along with the other sister archers.

I assumed that this was the end of her, but she reappeared in an episode the following season.Her second episode was "Monster Child in the Promised Land" in 1996. She was tasked with going to Echidna and Typhon to retrieve their newborn baby Obie. Hera wanted to train Obie to become a vicious killer. When the parents refused, the Archer worked with the warlord Bluth to try to kidnap Obie. They were defeated by Hercules and Iolaus, when her arrow is deflected back at her and she disappears into oblivion. 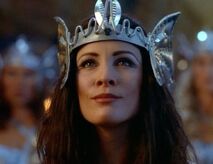 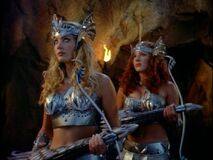 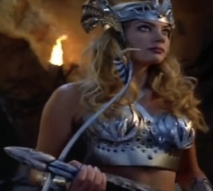 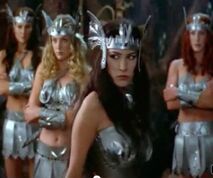 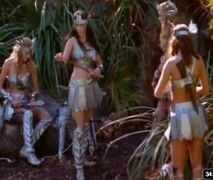 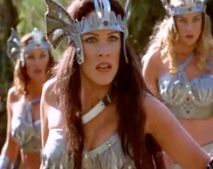 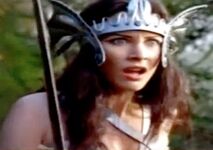 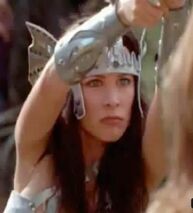 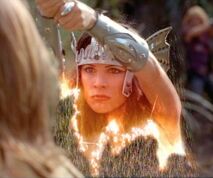 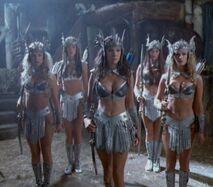 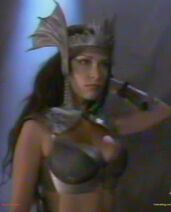 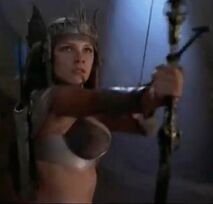