In the episodes, the girl and their father are holding Fonzie and his friend hostage and are going o force them to marry the girls. the men are tied up and kept in check by the girls shotgun wielding father.

As Laverne and Shirley arrive to rescue the men, the are challenged to square dancing competition, with the winners getting to keep the men. However, Helga and Inga don't like to play fair, and they round up all their female cousins to assist them in the dance-off/battle.

As the square dancing starts, it becomes obvious that these girls aren't going to pay fair as the Helga, Inga and their 4 cousins start attacking Laverne and Shirley during the course of the dance-off with cheap shots. 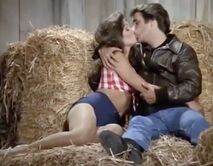 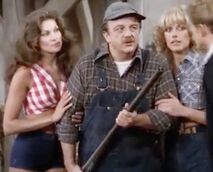 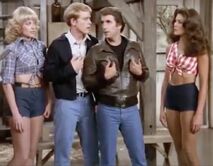 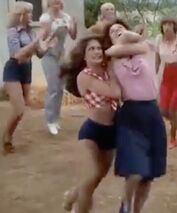 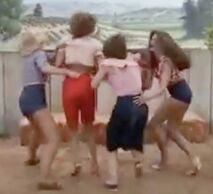 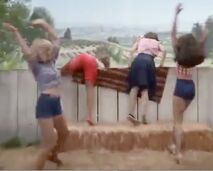 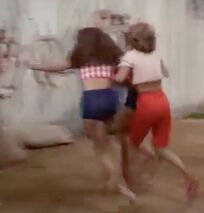 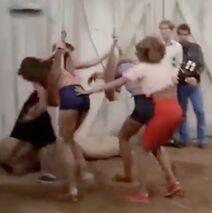 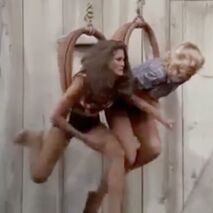 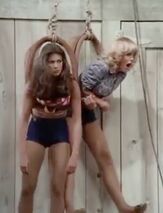 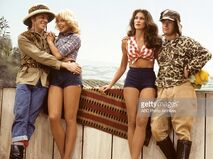 As the dance reaches the second verse, Lavern and Shirley decide to turn the tables on these country girls and start fighting back. What results is each girl being taken out n a humiliating fashion.

Cousin 1 (blond pigtails) after lunching at Shirley and missing, Shirley reverse her move and used her momentum against her a she throws the blonde into a barrel headfirst. The blond is left humiliated as she's left stuck head first in the barrel for the rest of the fight/dance scene. you can briefly hear her cry out "hey let me out of here" from inside the barrel.

Cousin 2 (blond) the second bully suffers an equally humiliating defeat as she's thrown headfirst through an open window, landing with her body inside the barn and her legs and butt sticking out the window. She can be seen briefly at the end of the dance/fight in the background, still stuck in the window. 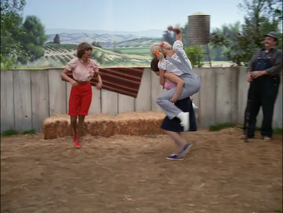 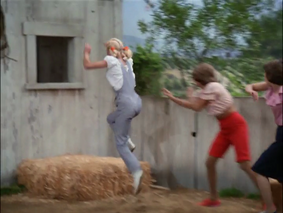 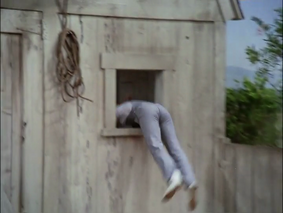 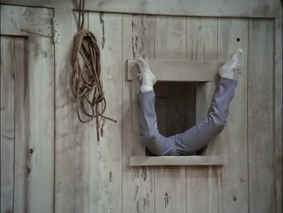 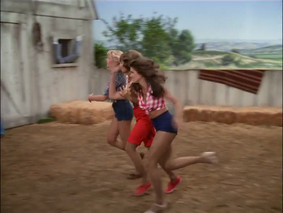 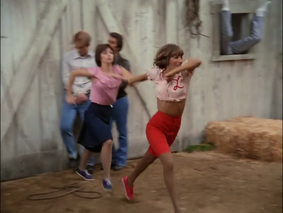 Cousin 3 & 4 Suffer less humiliating defeats as they are simply thrown headfirst over a fence as they tried to charge Laverne and Shirley in a desperate last attempt at attacking the heroines.

Helga and Inga The two leaders of the gang both get their feet stood on, causing them to be stunned momentarily as Laverne ad Shirley throw each girl into a harness that they hen use to lift the girls off the ground. the girls are left hanging helplessly as Lavern and Shirley finish their dance in victory.

Helga played by Vicki Frederick, would two months later appear as Sutra, one of the two henchwoman "Kama and Sutra" in the "Mork and Mindy" episode "Mork vs the Necrotons".

Retrieved from "https://femalevillains.fandom.com/wiki/Helga_and_Inga_(Laverne_%26_Shirley)?oldid=200206"
Community content is available under CC-BY-SA unless otherwise noted.