Hathor was the mate of Ra and the mother of Heru'ur who was left stranded on Earth after the Tau'ri rebellion. She later became imprisoned in her sarcophagus for centuries before being set free albeit accidentally in 1997.

Leaving Earth in the aftermath of her failure to claim the SGC for herself, Hathor attempted to rebuild her power base, and did so, finally achieving the rank of System Lord before being killed for good during a confrontation with SG-1 two years later in 1999.

A Goa'uld taking on the pretense of being a goddess, Hathor often seduced and manipulated those she came across into joining her ranks, increasing her army.

Those who either refuse or do not agree with her are presumably killed or possibly taken as hosts for her own Goa'uld children or offspring.

She seduced Colonel Jack O'Neill], Major General George S. Hammond and Dr. Daniel Jackson into temporarily joining her but like all Goa'ulds, Hathor is extremely arrogant, a weakness that ultimately proved to be own her downfall and eventually led to her death. 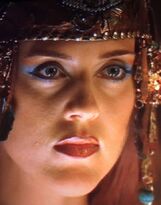 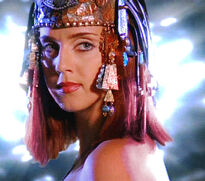 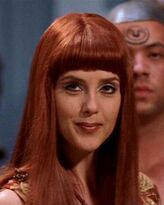 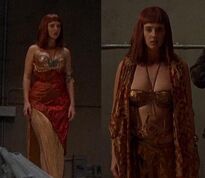 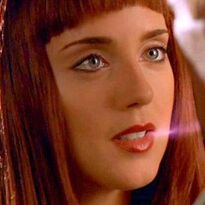 Add a photo to this gallery
Retrieved from "https://femalevillains.fandom.com/wiki/Hathor_(Stargate)?oldid=205352"
Community content is available under CC-BY-SA unless otherwise noted.