She is the leader of a coven of Vampires who are out for revenge against a small village in Serbia in the late 1700's for the death of the master of their cult ( Count Mitterhaus- Robert Tayman.) at the hands of the villagers. The vampire cult plan to lure the children of the villagers to their demise in their doom in their circus staffed entirely by vampires, many of whom have the abilities to shapeshift in to various animals such as big cats of prey and snakes. They also seem to have some ability to travel to other realms via inter-dimensional mirrors.

She is a tall and attractive redhead, often wearing a circus-masters costume, armed with a whip, she also possible has vampiric and shape-shifting abilities.

Ultimately the vampire cult's plan fails when it is rumbled by the villagers and all the vampires including the gypsy woman are slain. 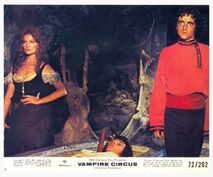 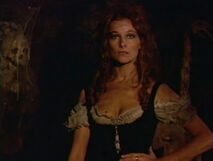 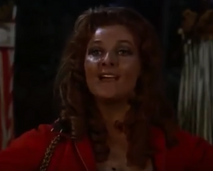 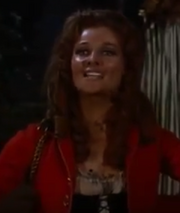 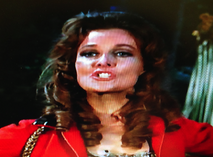 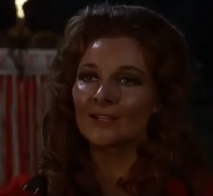 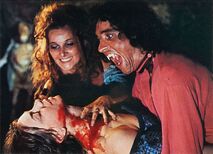 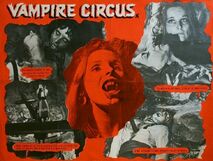 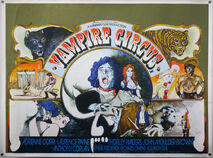 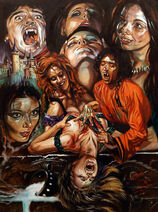 Add a photo to this gallery
Retrieved from "https://femalevillains.fandom.com/wiki/Gypsy_Woman_(Vampire_Circus)?oldid=166294"
Community content is available under CC-BY-SA unless otherwise noted.