The Female Villains Wiki
Register
Don't have an account?
Sign In
Advertisement
in: 1980s, 1990s, A Taste Of Her Own Medicine,
and 45 more

The Grand High Witch (or the Grand High Witch of All the World), also known as Eva Ernst (Miss Eva), is the main villain of the 1983 children's fantasy book The Witches. In the 1990 film adaptation she was played by Anjelica Huston.

The all-powerful Grand High Witch is a particularly terrible, vicious and perverse current leader of all the witches anywhere. She hides her ancient age and disgusting ugly real looks to appear beautiful in her vanity, and now plots to doom all the children in modern England after summoning the local witches for this task. The hero child Luke and his grandmother, a retired witch-hunter Helga who once searched the world for the Grand High Witch, meet Miss Ernst by accident and discover her sinister hidden identity. Now they must find a way to outsmart and destroy her in their unique chance to vanquish all of her kind forever.

"She's foul. She's the most evil woman in all creation." (Helga about the Grand High Witch)

The story begins with the nine-year old boy Luke, who is visiting an English seaside Hotel Magnificent with his badly ill grandmother Helga Eveshim, who has become his guardian (their characters are unnamed in the book). His grandmother tells him how there are secret societies of cruel and child-hating witches secretly existing all over world in every country, well hidden among the regular populations, and maniacally scheming to hurt children with their evil magic. In her younger years, Helga was one of the very best of the witch hunters and has travelled all over the globe trying to track down the fabled and elusive Grand High Witch, the witches' queen who might be the key to defeat them, but she never managed to get anywhere near her. In her battles she has also lost her friends to witches, including (in the film) one girl named Erica, who was captured by the powerful Grand High Witch herself and imprisoned in her family's painting, making it further personal. On the arrival, Luke makes friends with another young boy named Bruno Jenkins.

At the hotel, a group of distinguished ladies from the Royal Society for the Prevention of Cruelty to Children arrive for an annual convention. Their leader is a mysterious, attractive, snobbish, foreign aristocrat named Eva Ernst (without the surname in the book), a glamorously dressed femme fatale type with heavily made-up appearance, full of dominating and predatory sexuality. However, soon Luke finds out that Eva is indeed the frightening Grand High Witch who tyrannically rules all the witches on earth, keeping them in her total control as the most dreaded and dreadful of them all. It is also revealed that she is really a very old crone, a hideous hag that hides her true form of a horrifically deformed and rotting face and grotesque body under a rubber mask and suit. All the other witches are terrified of her unlimited power, ruthlessness and boundless cruelty.

The supposed convention of kind ladies itself is in reality a national meeting of the local witch coven, reputed to be some of the worst in the world. There they will be given an order to distribute a magic potion she calls the Formula 86 Delayed Action Mouse-Maker that will turn all children in England into mice. The Grand High Witch sadistically demonstrates her plot by inviting Bruno into the convention and having him eat a chocolate with her formula in it. It can be seen hurting children gives her such excitement and pleasure that she is getting sexually turned on waiting for him to turn into a mouse﻿. (In the book's drafts, she also recollects three additional secret recipes from previous years: a children’s bath soap turning them into froth and bubbles, teddy-bears that turn into fierce little living bears who bite the children to pieces, and turning children into living tennis balls.) Luke has been secretly watching this event, and is caught and brought to her. Luke is force fed the formula too, which turned him into a mouse as well. In the book she also keeps three children just recently turned into frogs in her room, intending for them to be eaten alive by seagulls. The two bewitched boys (mice) manage to escape to Helga's room, and together they develop a plan to stop the witches by giving them a taste of their own medicine. The heroes must act quick before the meeting ends after a gala. Evading the Grand High Witch's black cat Liebschen, they steal the magic formula, and slip it into the witches' own soup.

In the end, the vile Grand High Witch suffers a fitting demise after her own sorcery is used against her and her followers during their public banquet at the hotel's ballroom. She is killed in an undignified manner when they are all transformed into rodents by a massive overdose of Formula 86 and then exterminated by the clueless staff.

The Grand High Witch is the most powerful being on earth. She is the only one linking the witch secret societies in the various countries, as they are not allowed to contact each other. Her secret headquarters in a great castle in Norway, where she lives with large retinue of special Assistant Witches, plotting ever more harm to children everywhere.

In the book, Eva is described as "the most evil and appalling woman in the world," completely heartless, "without mercy" and utterly detesting children. (In the book she signs in a foreign accent: "Down vith children! Do them in! Boil their bones and fry their skin! Bish them, sqvish them, bash them, mash them! Brrreak them, shake them, slash them, smash them!") She is extremely old and has been holding her position already when the grandma sought her in her own youth. The other witches fear and adore her, often praising her intelligence and (fake) looks. She is also implied to have been originally from Germany.

Eva is "very pretty" in her disguise, is dressed almost entirely black except her cape, and has a "look of serpents" and "brilliant snake's eyes" (she also is apparently younger-looking in the book, as a "young lady"). She enjoys the attention of men, including Bruno's father who unsuccessfully flirts with her right in front of his wife, and acts in erotic and seductive ways even when tauntingly interacting with children. In the film, she is sexually sadistic and fer hatred of children is so great that waiting for Bruno's transformation to begin greatly arouses her sexually, as she rubs her crotch with her palm and bites her lower lip, along with heavy ragged breathing, shaking voice and pelvic-thrusting.

Vain, cunning, dramatic, impatient, arrogant and volatile, she does not care how her commands are carried out, just so long as they are obeyed. Not only relying on potions and other prepared spells, she has overtly supernatural powers. In previous meetings, the Grand High Witch made it a custom to casually murder at least one of her minion witches simply to keep the others fearful of her, and now she does it by frying a young English witch named Beatrice using only her Medusa-like gaze. One witch with whom she is shown to be friendly with is only known as the Woman in Black, who sits on her right at her table during the hotel banquet scene in the movie.

As discovered about Eva after she is destroyed: "Nobody in the world had the faintest idea who she was except the other witches. Wherever she went, people simply knew her as a nice lady. (...) Even in her home district, in the village where she lived, people knew her as a kindly and very wealthy Baroness who gave large sums of money to charity." 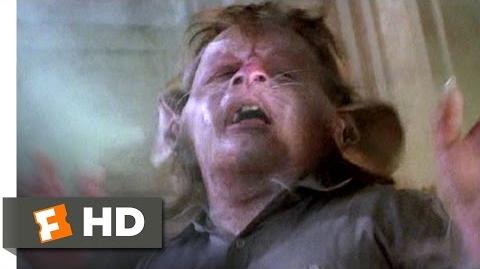 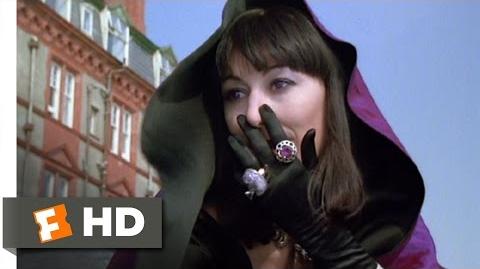 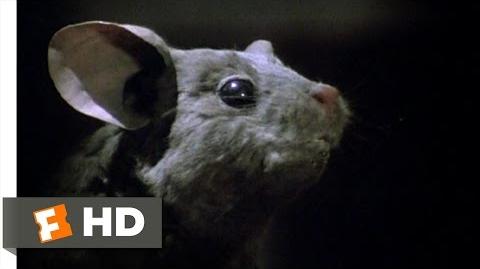 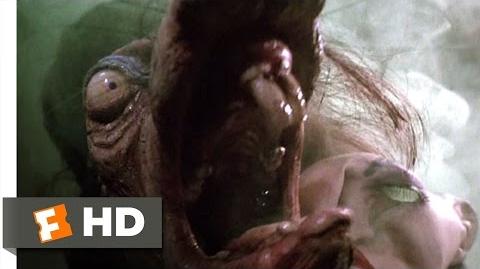 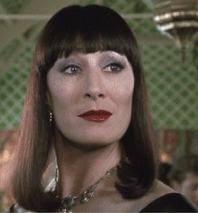 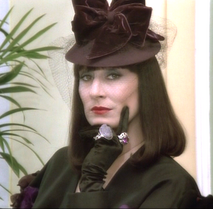 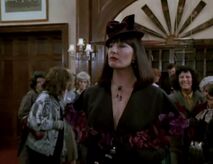 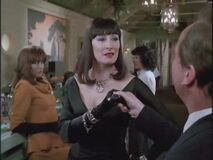 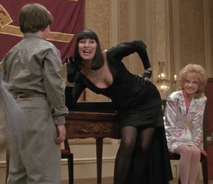 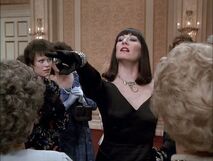 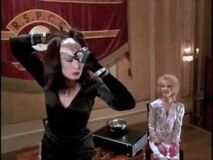 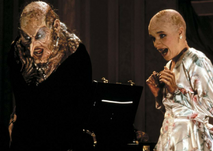 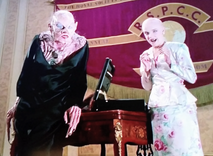 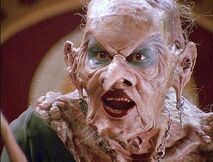 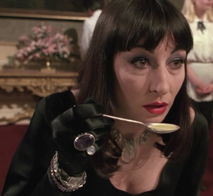 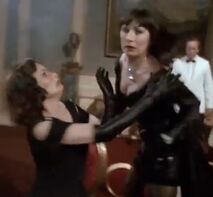 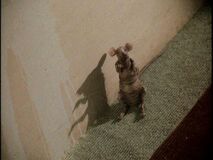