Start a Wiki
watch 01:51
The Loop (TV)
Do you like this video?
Gosha (Eva Bender) is the main villainess from the 1967 turkish movie Tarkan: Gümüş Eyer.

Since the movie is in turkish, it is hard to sumarize, but it seems that Gusha is a powerful witch who can hypnotize people. Her men capture the hero, tarkan, and she decides to have him fight against some of her warriors, just for entertainment. As Tarkan takes the upper hand, she puts an enchanted medallion around his neck, thus annihilating his will. Now unable to resist, he is tied to a pole, and she performs a satanic ritual in font of him. But Tarkan’s dog comes to the rescue, and frees him from the medallion, and from his bonds.

Freed from the witch’s spell, he stabs her in the stomach before she has a chance to call, and she falls from the cliff. 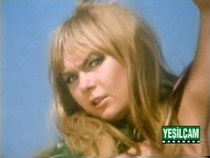 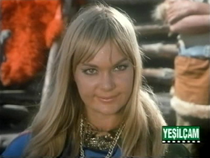 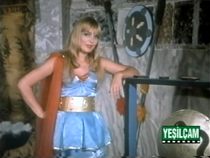 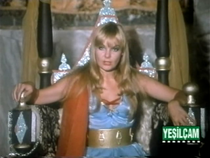 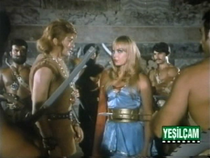 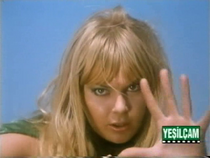 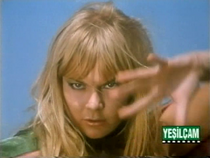 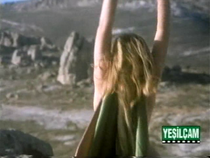 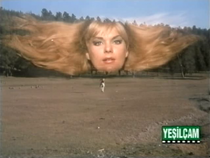 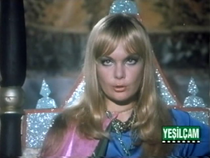 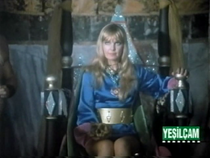 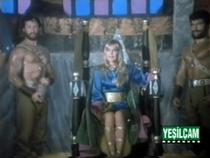 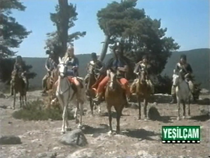 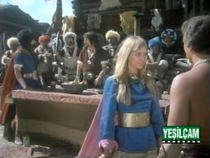 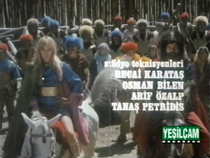 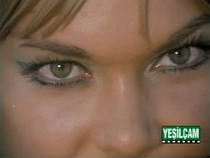 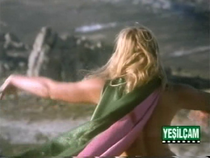 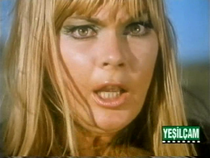 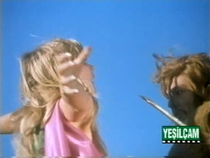 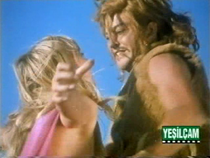 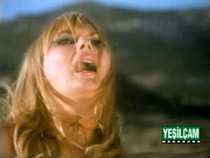 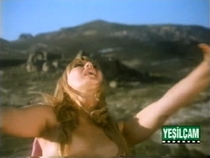 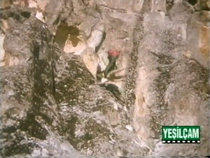 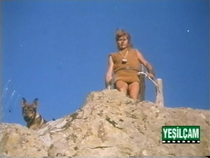 Add a photo to this gallery
Retrieved from "https://femalevillains.fandom.com/wiki/Gosha_(Tarkan:_G%C3%BCm%C3%BC%C5%9F_Eyer)?oldid=153779"
Community content is available under CC-BY-SA unless otherwise noted.