The Female Villains Wiki
Register
Don't have an account?
Sign In
Advertisement
in: Pages with broken file links, 2000s, Bikini,
and 20 more

Ginger Knowles (Halle Berry) is the henchwoman of robber Gabriel Shear in 2001 American crime thriller film Swordfish.The film centers on Stanley Jobson, an ex-con and hacker who is targeted for recruitment into a bank robbery conspiracy because of his formidable hacking skills.

Stanley Jobson (Jackman) is a computer hacker that infected the FBI's  Carnivore program with a computer virus. His parole forbids use of computers and the internet. Ginger Knowles, who works for Gabriel Shear (Travolta) holds a gun to Jobson's head giving him a minute to crack a secure government server. Gabriel offers Jobson $10 million to program a multi-headed worm, a "hydra", to siphon $9.5 billion from government slush funds.

Stanley begins work, learning that Gabriel leads Black Cell, a secret group created by Hoover to launch retaliatory attacks against terrorists that threaten the United States. He also privately discovers Ginger is a DEA agent working undercover, and further is surprised to discover a corpse that looks like Gabriel. Stanley opts to secretly code a back door in his hydra that reverses the money transfer after a short period.

Stanley delivers the hydra to Gabriel and leaves to see Holly, only to find that Gabriel has killed Melissa and her husband and kidnapped Holly, framing Stanley. Stanley has no choice but to participate in the bank heist to get Holly back. Gabriel and his men storm a Worldbanc branch, and secure its employees and customers as hostages, fitting each with ball-bearing-based explosives similar to Claymore mines. When police and FBI surround the branch, Gabriel takes Stanley to the coffee shop across the street to spend the time and discuss the film Dog Day Afternoon and the nature of misdirection. Once back in the bank, Gabriel has one of his men escort a hostage to demonstrate the situation. A sniper kills the man, and other agents pull the hostage away from the bank, causing the bomb to detonate, ravaging the buildings and vehicles on the street and killing several people, a scene shown in media res at the start of the film.

Gabriel instructs Stanley to launch the hydra, and turns Holly over to him once completed. However, Stanley's back door triggers before they can leave the bank, and Stanley is recaptured while Holly is rescued. Gabriel threatens to kill Ginger, who he knows is a DEA agent, unless Stanley re-siphons the money back to a Monte Carlo bank. Despite doing so, Gabriel shoots Ginger. Gabriel and his men load the hostages on a bus and demand a plane wait for them at the local airport, but while en route, the bus is lifted off by a S-64 Aircrane and deposited on the roof of a local skyscraper. Gabriel deactivates the bombs and departs with his surviving men on a waiting helicopter, which Stanley shoots down using a rocket-propelled grenade from the bus.

Roberts takes Stanley to verify the corpse they found, believing Gabriel was a Mossad agent while there was no record of a DEA agent named Ginger. Stanley recognizes the corpse as the one he discovered earlier and realizes that the whole scenario was a deception. The Police cannot find Ginger's corpse. Gabriel had escaped a different route, and Ginger had been wearing a bulletproof vest and was working with Gabriel all along. Stanley does not tell the police that Gabriel & Ginger are still alive. Roberts arranges for Stanley to have full custody of Holly, and the two tour the US together. In Monte Carlo, Gabriel and Ginger withdraw the money, and later watch as a yacht at sea explodes. Over the film's credits, a news report describes the destruction of the yacht, carrying a known terrorist, as the third such incident in as many weeks. 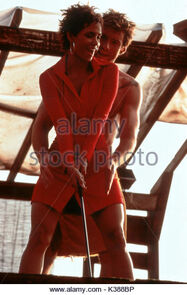 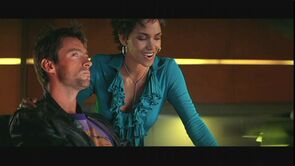 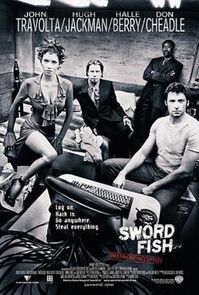