In this comic, Doctor Sivana found a way to give his three children the power to turn into super villains by saying the word "Sivana". Georgia turned into a hot femme fatal who has super strength and the ability to fly. Georgia and her brother later attacked Captain Marvel who calls for help from Captain Marvel Jr. and Mary Marvel. He then twirls the two Sivanas around. Mary Marvel flies to Georgia and gives her a big knock out punch. Later Georgia tries to seduce Captain Marvel Jr. which makes Mary Marvel jealous. Georgia says that beauty of a woman is more important than brain which Captain Marvel Jr. totally agrees and it seems that he is falling for her. Pretending to have fallen in love with her he says that he needs to know the name of the most amazing girl in the world. Georgia who is dumb enough not to notice the trap she is falling into tells him her name. While saying the word "Sivana" her look tells that she realizes the mistake she did, but it was to late. She turned into her powerless human form and gets quickly bound and gagged by Mary Marvel so that she can not speak the word "Sivana" again. Her vanity was her downfall and that was the last time she appeared in that comic. 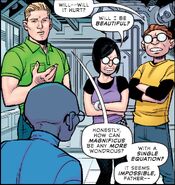 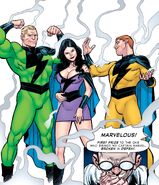 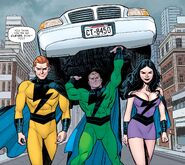 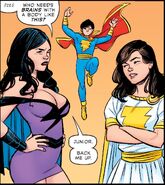 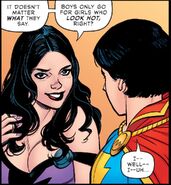 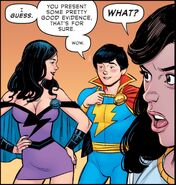 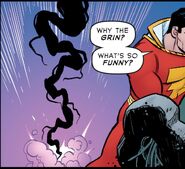 Add a photo to this gallery
Retrieved from "https://femalevillains.fandom.com/wiki/Georgia_Sivana_(The_Multiversity:_Thunderworld_Adventures)?oldid=175815"
Community content is available under CC-BY-SA unless otherwise noted.