Gemini "Gem" Stone is the main antagonist in Sabrina: The Animated Series, which aired from 1999-2000. She is voiced by Chantal Strand.

Gem is the most popular black-haired girl at Greendale Middle School, and comes from the richest family in town. She's snobby, arrogant, bossy and vile, which contrast with Sabrina's personality. She wears black pants and blue panties.

She's Sabrina's arch rival and they compete in everything, mostly for Harvey's love, as both have a huge crush of him. However, Harvey prefers Sabrina, but that doesn't stop her from playing evil tricks to get what she wants. Gem is usually the victim of Sabrina's spells.

In one such episode, Sabrina turns Gem into a rat.  In another, Sabrina splits her pants while she is walking in the lunch room.

In Sabrina's Secret Life; Gem doesn't appear, as she goes to a boarding school far away from Greendale. She is replaced by Cassandra. Although Cassandra is her replacement, Cassandra is a witch and gets much nicer to Sabrina and the others progressively, which Gem never does. 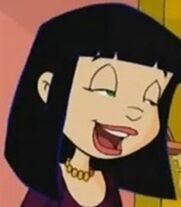 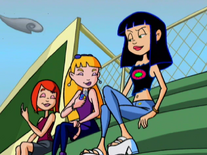 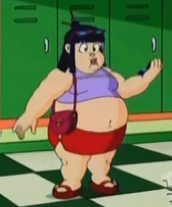 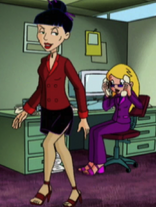 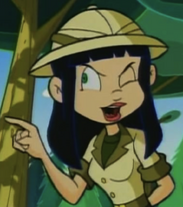 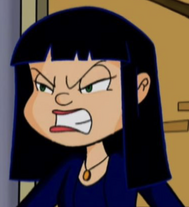 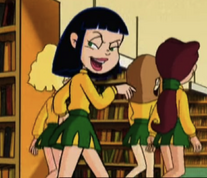 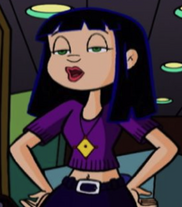 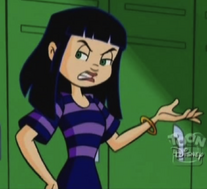 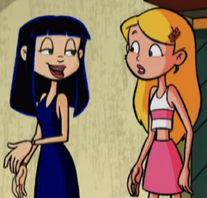 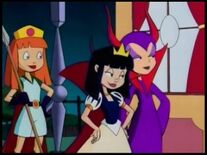 Add a photo to this gallery
Retrieved from "https://femalevillains.fandom.com/wiki/Gem_Stone_(Sabrina:_The_Animated_Series)?oldid=205783"
Community content is available under CC-BY-SA unless otherwise noted.