Francine is the villainess of "Death Comes to Lunch", case #37 of Criminal Case: Mysteries of the Past, the 4th season of the crime solving game Criminal Case (release date August 3, 2017). She was a maid to Clarissa Rochester, the director of the Bank of Concordia.

When Clarissa was found dead in her home after hosting a luncheon, Francine called the police and appeared shocked by her employer's death. She later claimed that Clarissa had begun to feel ill during her luncheon and asked her guests to leave early, with her finding Clarissa dead shortly afterwards. Later on, when the player and Isaac Bontemps found a document showing that Clarissa planned to fire Francine, the maid confessed that Clarissa was a strict boss who had wanted to dismiss Francine for serving her tea in the wrong cup.

Ultimately, the evidence proved that it was Francine who murdered her employer, having laced her champagne Cornelia lacrimosa (a plant also known as "Weeping Nellie") during her luncheon. When confronted by the detectives, Francine intially feigned innocence before angrily confessing when Isaac insinuated she killed Clarissa for wanting to fire her, in the process revealing her true motivation: she and Clarissa had been having an affair, and she killed her for wanting to break it off.

Realizing she was caught, Francine went on to reveal how she and Clarissa had kept their relationship hidden for fear of her family's disapproval. But eventually, Clarissa began wanting to adopt a child and ultimately decided to end her relationship with Francine, knowing a scandal would damage her chances of adopting. Enraged and heartbroken by Clarissa's rejection, the evil Francine decided to poison her during her luncheon, hoping a guest would be blamed for the crime. Francine was arrested and put on trial, where she stated that her murder of Clarissa was a "crime of passion" and that the true crime was Clarissa's fear of a scandal arising from her being revealed as a lesbian. Despite this, Judge Justin Lawson sentenced Francine to twenty years in prison. 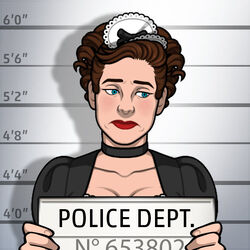 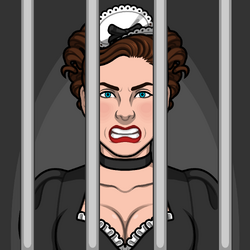 Add a photo to this gallery
Retrieved from "https://femalevillains.fandom.com/wiki/Francine_(Criminal_Case)?oldid=144762"
Community content is available under CC-BY-SA unless otherwise noted.