The Fraulein appeared as a companion for Field Marshal Kesselring (Ned Wertimer) at Col. Klink's gathering. In an attempt to impress Ziegler, Klink (Werner Klemperer) told her information about one of Kesselring's planes; information that Col. Hogan (Bob Crane) told him earlier. After the conversation ended, Ziegler walked away appearing to be impressed with Klink's knowledge of Luftwaffe planes.

However, it is later revealed that Ziegler is a Gestapo agent, and she reported to Major Feldkamp (Ben Wright) about Klink's conversation. Thanks to Ziegler, Klink is arrested and charged with treason.

The arrest put a damper in the Heroes' plans, as Klink's belt had vital information that needed to be sent to the Underground. Fortunately, they get the info and send it after successfully getting the charges against Klink dropped. 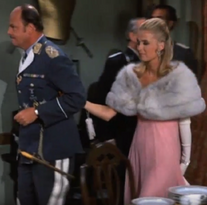 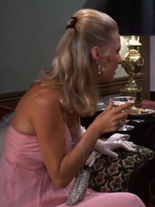 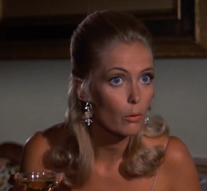 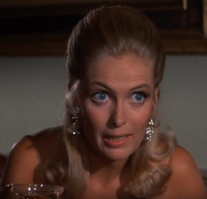 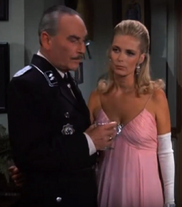 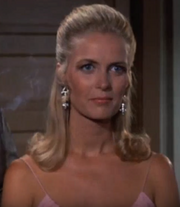 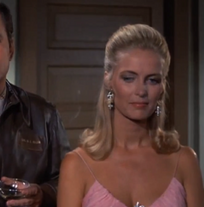 Add a photo to this gallery
Retrieved from "https://femalevillains.fandom.com/wiki/Fr%C3%A4ulein_Ziegler_(Hogan%27s_Heroes)?oldid=139732"
Community content is available under CC-BY-SA unless otherwise noted.