Fortuna (Sunny Mabrey) was an evil godess in the 2017 episode "And the Steal of Fortune" for the TNT TV series "The Librarians".

Fortuna was a Roman Goddess.  She was cursed by Jupiter to live in Casino halls as a spirit.  When people in the area begin getting hurt in the unluckiest ways, the Librarians are led to a casino where the owner Bennie Konopka (Richard Kind) appeared to possess an artifact capable of stealing people's luck.  The artifact ends up being the statue of Fortuna, and the Casino seems to be winning at large margins.  The Librarians must turn the tables before the plague of bad fortune spreads.

The Librarians are an ancient organization hidden beneath the Metropolitan Public Library dedicated to protecting an unknowing world from the secret, magical reality hidden all around.  This group solves impossible mysteries, fights supernatural threats and recovers powerful artifacts.

However, through some unknown means she was able to merge her spirit form with a statue of her and came to life.  It seems that the owner Benny rubbed the statue until she came to life.

Eve Baird (Rebecca Romijn) concocted a clever plan for the Librarians to turn Fortuna back into a statue.  They used technology to make sure everyone won, reclaiming their luck and ending the goddess' brief period of reanimation.

While at the racetrack, Fortune Downs, Fortuna slowly was turned back into a bronze statue. The statue was later carted into the Library and put into storage.  Therefore, Fortuna was frozen and would be lost to the ages, without a chance for her to come into contact with people again. 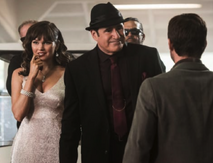 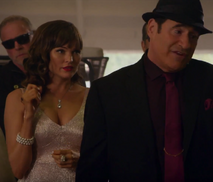 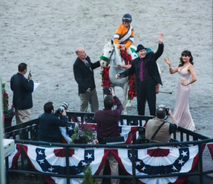 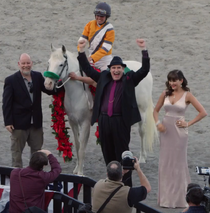 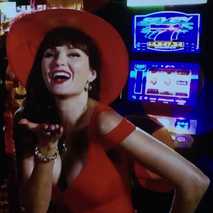 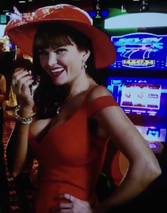 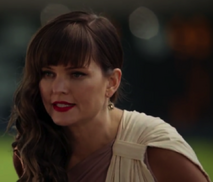 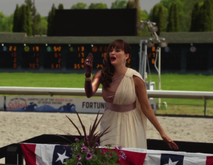 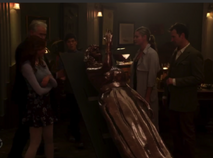 Add a photo to this gallery
Retrieved from "https://femalevillains.fandom.com/wiki/Fortuna_(The_Librarians)?oldid=209289"
Community content is available under CC-BY-SA unless otherwise noted.