Formicida (Lorene Yarnell) was the villainess in the 1978 episode "Formicida" for the TV series "Wonder Woman".

Dr. Irene Janus aka Formicida is an environmentalist chemist who uses her strange power to control insects to prevent the manufacture and distribution of a deadly pesticide.  She creates a formula that gives her superhuman strength and the ability to control ants.  Wonder Woman (Lynda Carter) must stop her before she causes a disaster that will realease clouds of toxic gas over the city.

Steve Trevor (Lyle Waggoner) and Diana Prince (Lynda Carter) are investigating a peculiar series of building collapses.  These buildings are owned by GDH Enterprises, Gideon D. Harcourt (Robert Alda).  Their first speculation is that Harcourt is sabotaging his own businesses.  However, this is quickly dismissed, when he receives a phone call from a mysterious lady.  She identifies herself as Formicida, and threatens to destroy more of his property unless he shuts down one of his plants and halts production on a deadly pesticide, and also destroys the formula.

While Diana plans to with Dr. Doug Radcliffe, Formicida kidnaps him and berates him fro selling his pesticide despite the fact that he knew it would turn into a deadly toxin after contact with the air.

Diana breaks into her office and finds that she is a well-known entymologist with a special interest in ants.  Diana then figures out that Dr. Janus is not just a scientist gone mad, but is a concerned citizen of the world that has become an eco-terrorist.  She figures out that Janus is trying to halt the marketing of the poison before it enters the food chain, eventually poisoning millions of innocent victims.

Formicida plans to have the ants that she has learned to control destory Harcourt's plant.  Diana, trying to save the property, brings along IRAC's rover, that is programmed and capable of communicating with the ants.

Formicida plants hundreds of ants at the plant, and on command, orders them to destroy the building.  The plant shakes as the creatures devour the structure.  Harcourt refuses to evacuate the plant, but Wonder Woman intervenes and he reluctantly obeys.

Formicida's potion is wearing off and her strength, ten times that of her own body weight, is also diminishing.  Wonder Woman races to the production area where she untams the levers and switches, neutralizing the chemicals and preventing it from ever being released into the atmosphere.  The ants continue to eat away, devouring the structure.  Wonder Woman activates the rovers voice mechanism and suddenly, the plant goes ghastly silent.

Janus was then apprehended by the police.  Wonder Woman erased the knowledge on how to create the Formicida formula from her mind, so she could not longer easily become Formicida. 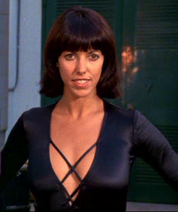 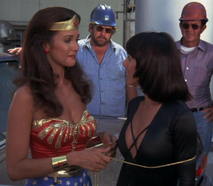 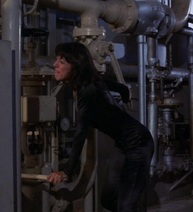 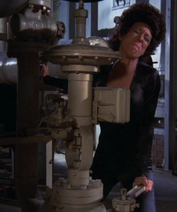 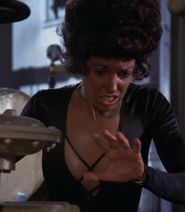 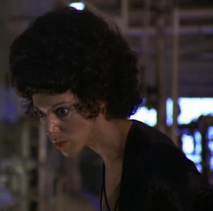 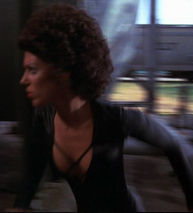 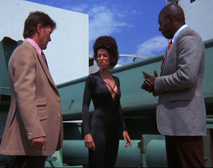 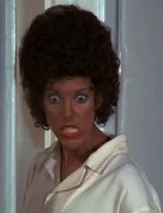 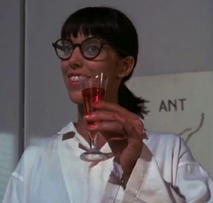 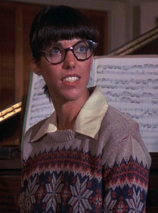 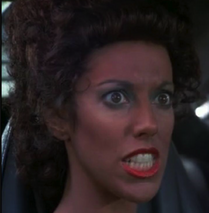 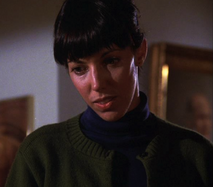 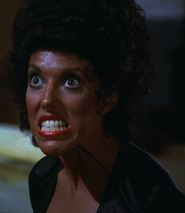 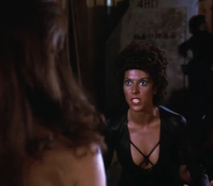 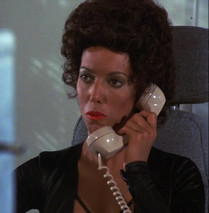 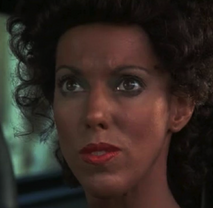 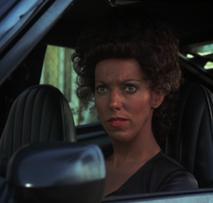 Add a photo to this gallery
Retrieved from "https://femalevillains.fandom.com/wiki/Formicida_(Wonder_Woman)?oldid=129280"
Community content is available under CC-BY-SA unless otherwise noted.