Fenestra (Melinda O. Fee) is a manipulative circus performer in the 1966 episode "Space Circus" for the TV series "Lost in Space".

In order to avoid helping locate ore that the Robinsons need to repair their food purification unit, Dr. Zachary Smith (Jonathan Harris) pretends he is ill, then lies down and takes a nap. He is awoken by a large, hairy beast. He cries out, and Penny (Angela Cartwright), Will (Bill Mumy) and the Robot come running to see what the matter is.

They are all greeted by a man in a top hat who introduced himself as Dr. Marvello (James Westerfield) and tells them the beast was the Cosmic Monster (Dawson Palmer), a part of his intergalactic circus. Smith immediately starts flattering Marvello in the hope of joining up with his circus and being taken back to Earth. Marvello is sad to learn the Robinsons are the only people on the planet, but offers to put on a show for them in exchange for supper. Smith takes the Robot away with him to prepare for his audition, a terrible song and dance act.

The Robinsons go to the circus show and have a lot of fun. One act calls for audience participation, and Will volunteers. Madame Fenestra, which is her stage name is introduced to the crowd by Marvello as "Mistress of the occult, the only woman capable of reading the innermost secrets of the soul and materializing thoughts, the one and only Fenestra, Queen of Mystery". Afterwards, Marvello suspects Will might have psychic powers and determines to make him part of their entourage, whether the boy likes it or not!

Fenestra is dressed in a very sexy gold mini skirt that showcased her lovely legs. She had dark nylons and black ankle boots. Her gold and black top were accented with a gold cap that had several levels of space antennas attached to the top.

Although Will enjoys materializing things with Fenestra, he is unwilling to leave his family. Smith is eager to go, but Marvello is unimpressed with his audition and says no. He does, however, offer to take Smith along as Will's manager if he can convince Will to join up. Smith agrees and comes up with a way to trick Will into doing as Marvello wants.

Smith sabatoges the food purification machine and then tells Will there will not be enough food to go around. He convinces the boy that the Robinsons would stand a better chance of survival without them. Will falls for the ruse and agrees to join the circus, sneaking off in secret with Smith.

The Robinsons find out and race to stop Marvello from taking Will. Marvello sics the Cosmic Monster on John (Guy Williams), but Will uses his psychic powers in a futile attempt to aid his father. When Marvello sees how distraught Will is at the prospect of leaving his family, he realizes would never truly put his heart into a circus career and releases him. 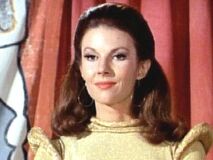 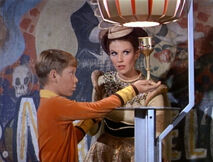 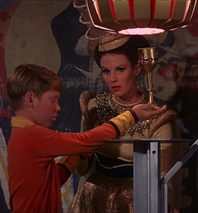 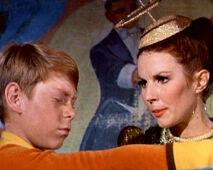 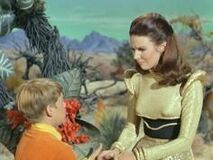 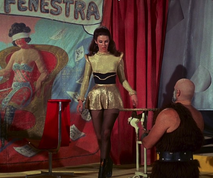 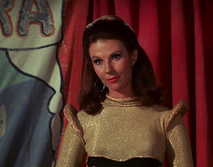 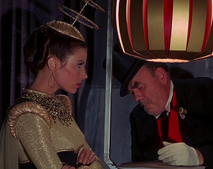 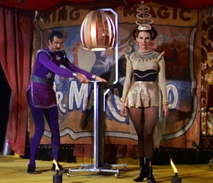 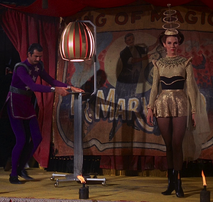 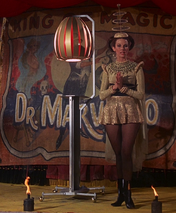 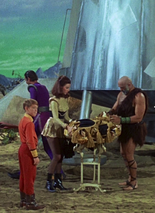 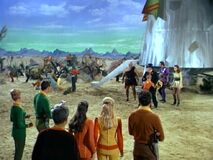 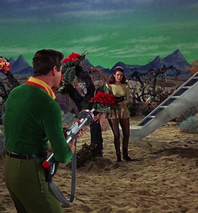 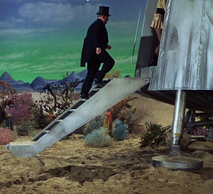 Add a photo to this gallery
Retrieved from "https://femalevillains.fandom.com/wiki/Fenestra_(Lost_in_Space)?oldid=112906"
Community content is available under CC-BY-SA unless otherwise noted.