Falonex Assassin 1 (Zara Phythian) was a minor antagonist in the 2015 film Warrioress.

In a post-apocalyptic world, there is a legend foretold that two swords, The Sister swords, can protect the people from evil and that champions will unite to bring down the evil that is threatening to sweep the lands.  Boudiccu (Cecily Fay) a female warrior is the chosen champion who must defeat the evil Falonex Emperor.

Falonex Assassin ! was an assassins that fought, and tried to kill, the main character Boudiccu.  She was one out of two of the female assassins to be killed in the standoff when Boudiccu strangled her with a chain at the end of their fight. 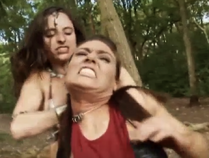 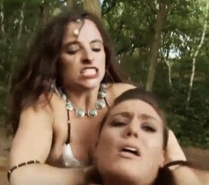 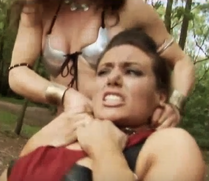 Add a photo to this gallery
Retrieved from "https://femalevillains.fandom.com/wiki/Falonex_Assassin_1_(Warrioress)?oldid=188862"
Community content is available under CC-BY-SA unless otherwise noted.