Start a Wiki
watch 01:48
The Loop (TV)
Do you like this video?
Evil Trini (Thuy Trang; 1973-2001) is a villainess from Mighty Morphin Power Rangers. She was one of five evil Power Ranger clones created by Rita Repulsa to destroy the Rangers' reputations. In the case of the Trini clone, she and the clones of Zack, Billy, and Kimberly were Putties, while the Jason clone was Rita's latest monster, known as Twin Man.

The evil quintet's plan began at Angel Grove High, as they sabotaged the school's drinking fountain. Evil Trini committed the key part of their colluded destruction; pouring laundry detergent into the fountain. Principal Caplan ended up being the recipient of the prank, and sent the quintet into detention. The clones left, and the real Rangers ended up serving the punishment. With the Rangers detained, the evil clones morphed and attacked Angel Grove. The Rangers easily distract Bulk and Skull, and later morph and teleport to face their evil dopplegangers. The good and evil Yellow Rangers faced each other, until Evil Kimberly tricked Trini into believing that she was the real Kimberly being attacked by her clone. After the Pink Ranger clone was defeated, Trini defeated her evil clone with the use of her Power Daggers, which turned the clone back into a Putty.

Season Two's "The Wanna-Be Ranger" featured another evil clone of Trini, as the Rangers faced off against Primator, a baboon-like monster who can shift into any of the Rangers. Shortly after the Rangers were teleported to face the monster, the rest of the group suddenly saw two Yellow Rangers, which caused confusion. With each one claiming to be the real Trini, Jason decided that he would fight each one of them, using each of their fighting styles to determine who is the real Trini. One Trini refused to fight Jason, while the other turned heel by laughing evilly and willingly agreeing to fight the Red Ranger, revealing herself as a villainess and impostor. After the reveal, the evil Trini clone began her attack towards Jason, only for the other Rangers to fire their blasters and force the clone to morph back into Primator. 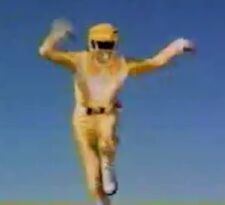 The evil Yellow Ranger clone from Season One 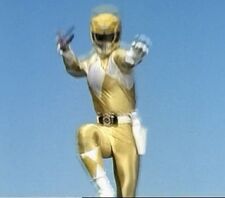 The evil Yellow Ranger clone preparing to attack the Rangers (Season 2)
Add a photo to this gallery
Retrieved from "https://femalevillains.fandom.com/wiki/Evil_Trini_(Mighty_Morphin_Power_Rangers)?oldid=122269"
Community content is available under CC-BY-SA unless otherwise noted.