Start a Wiki
watch 01:48
The Loop (TV)
Do you like this video?
Evelyn is the villainess of the 1987 film, "Dead of Winter". She was portrayed by Mary Steenburgen (who also portrayed the film's protagonist).

Prior to the film's events, Evelyn and her twin sister Julie were in a bitter family feud. Evelyn had married a rich man for his money & killed him to keep it. Julie witnessed the murder & went to Dr. Lewis as a psychiatric patient. Upon Julie telling Lewis of the murder, he had her blackmail Evelyn. In response, Evelyn had her sister killed to keep quiet. Lewis' assistant Mr. Murray recovered the corpse (w/one ring finger removed by the hitman to give to Evelyn as proof) and thus begins their ruse.

Lewis & Murray fake a casting call to lure struggling actress Katie McGovern(a spitting image of Evelyn & Julie) to their home/workplace under the guise of a role. They have her film a scene that was actually a tape they used to blackmail Evelyn into believing her sister was still alive, Later, while asleep, they even removed the same finger from Katie's hand & while bandaging it, they divulged their plan, as they wanted to charge Evelyn for a second shot at her "sister".

Evelyn arrives as Katie awakens from being drugged by Lewis & Murray. As she & Lewis are discussing the transaction, she plays w/an ice pick in her pocket & goes to stab Lewis from behind when Murray enters the room, halting her. Suddenly, a noise comes from Katie's room, Murray goes to check it, & it appears that she's escaped. Lewis & Murray rush outside to find her w/Evelyn staying behind. Meanwhile, it was a diversion for her actual escape, but when she went to walk out the door, Evelyn stopped her. Katie pled that she was not Julie, but fell on deaf ears as Evelyn noticed her four-fingered hand. Evelyn lunged at her w/the ice pick & Katie resisted her for several moments w/a fireplace poker until they both fell, w/the dying party making one last reach on the piano before the hand falling.

After Lewis & Murray return w/no luck, "Evelyn" goes upstairs, to Murray resistance because Julie's actual body is stored up there. While in Katie's room, Murray glances at the mirror and sees the bandaged hand, revealing "Evelyn" as Katie in disguise. She immediately stabs him to death. Lewis' looking around reveals Evelyn's final resting place; stuffed inside an ottoman, but Katie distracts him from seeing her. After he realizes that she is Katie, he chases her, ultimately ending in her fighting him off & killing him in the attic. Her husband Rob arrives soon after & retrives her w/police. 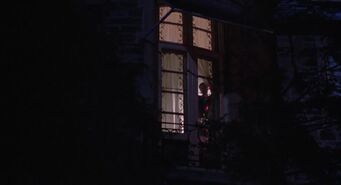 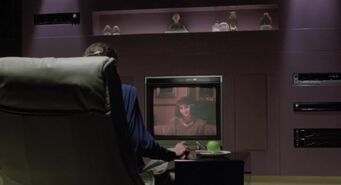 Evelyn watching the tape of "Julie" in shock 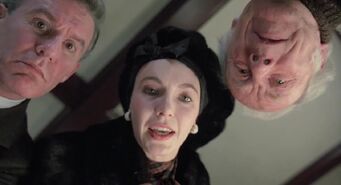 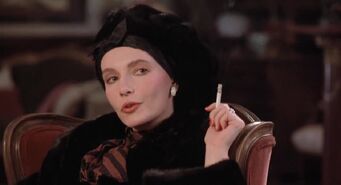 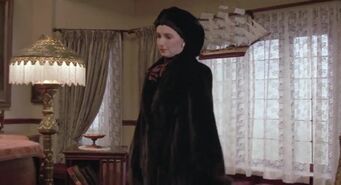 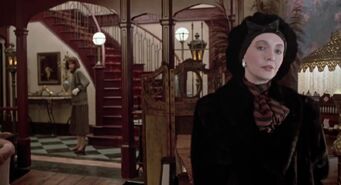 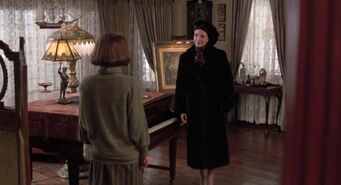 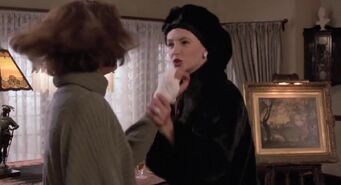 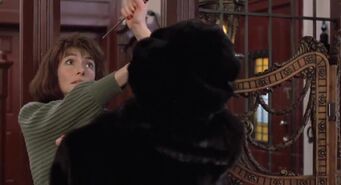 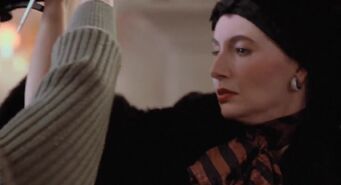 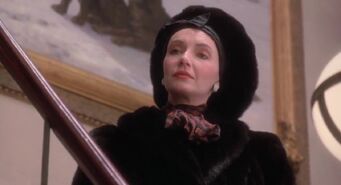 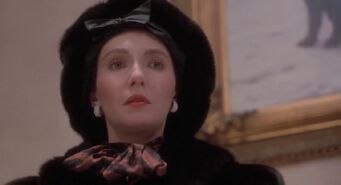 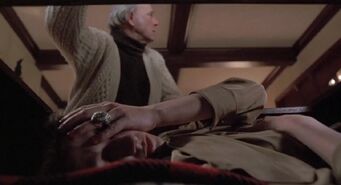 Evelyn's corpse
Add a photo to this gallery
Retrieved from "https://femalevillains.fandom.com/wiki/Evelyn_(Dead_of_Winter)?oldid=200399"
Community content is available under CC-BY-SA unless otherwise noted.