Eva Mueller is a Gestapo agent sent by Maj. Wolfgang Hochstetter (Howard Caine) to use her feminine wiles on Sgt. Schultz (John Banner), in order to gain information on Stalag 13. The villainous femme fatale meets Schultz at a bar, and he is immediately taken by her, while she hides her disdain for him to continue her duty.

Once Schultz tells Col. Hogan (Bob Crane) about his new love, Hogan has Carter (Larry Hovis) trail Eva, who reported back to Hochstetter after their date. Eva was unable to get anything out of Schultz, prompting Hochstetter to tell Eva to press Schultz harder.

Meanwhile, the Heroes know about Eva's true motives, and they sent Kurt (Sidney Clute) (an Underground member) to pose as a Gestapo officer and capture Eva, which he does during her latest date with Schultz.

With Eva captured in their main tunnel, they have her tied up and gagged.  The group takes her purse and plants it at the site of their latest sabotage mission, which made her a target for the Gestapo once the sabotage is reported. At episode's end, Eva is sent out of Germany and eventually imprisoned in an Allied POW camp. 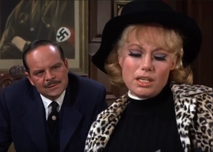 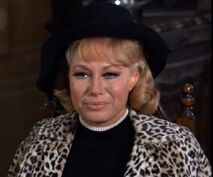 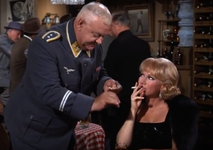 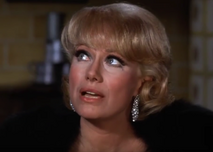 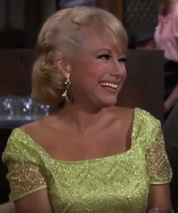 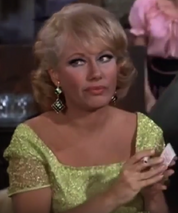 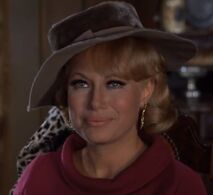 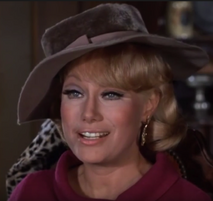 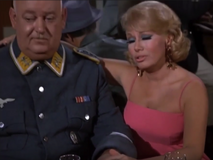 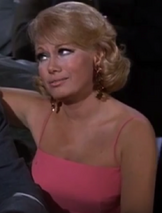 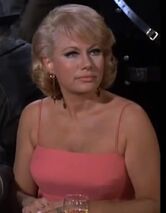 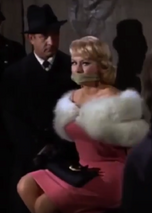 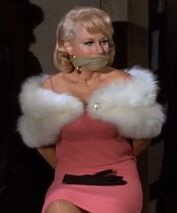 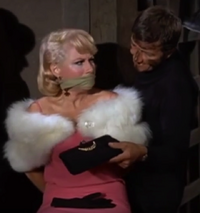 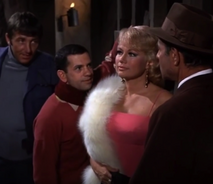 Retrieved from "https://femalevillains.fandom.com/wiki/Eva_Mueller_(Hogan%27s_Heroes)?oldid=178202"
Community content is available under CC-BY-SA unless otherwise noted.