Start a Wiki
watch 01:51
The Loop (TV)
Do you like this video?
Esme Squalor (Lucy Punch) is one of the main antagonists in the TV series "A Series of Unfortunate Events".  She appears in fourteen of the twenty-five episodes of the show from 2018-2019.

Esme Squalor is the City's sixth most important financial advisor.  She is a fashionable dresser who is known for her obsession with fashion and status of what is in.  She is a materialistic and vain, obsessed with popularity, status, trends and fads.

Esme is introduced in the episode "The Ersatz Elevaor.  She adopts the Baudelaires orphans with her husband Jerome because she claims orphans are "in", showing them the lifestyles of the rich and famous.  However, it is revealed during the book that Esme is an ally of Count Olaf.  She eventually becomes his girlfriend and joins his group of associates in their schemes of stealing the Baudelaire fortune.

Olaf evntually decides to leave her behind due to her obscene obsession with fashion. Olaf says he is tired of having a girlfriend obsessed with fashion and that all she does is sit around relaxing while he runs around doing all the hard work. Even after Esmé defends herself, saying she was on guard, Olaf fires her anyway. Esmé refuses to be fired, saying she quits, and Olaf says she can leave by mutual agreement.

When she appears, she always appears in "fashionable" outfits, treating life as a fashion show and trying to find every opportunity to flaunt her outfits. While the Baudelaires are concerned about things like saving their friends while trying not to die in the process, Esmé is concerned about what to wear. In The Hostile Hospital, Lemony Snicket calls Esmé a slave to fashion, a phrase which here means "dressed in incredibly expensive, and often incredibly absurd, outfits."

She is very selfish and inconsiderate towards everyone such as Jerome, the Baudelaires, and sometimes even Count Olaf. She does not want to donate money to poor people because it means she will be less "in" and she wants people to feel sorry for. Esmé is a prolific pathological liar, slandering and accusing the Baudelaires of things they did not do such as murdering "Count Omar", and she is also shown to be incredibly manipulative, playing the victim to get people on her side. When the Bald Man paints a detailed portrait of her, she immediately criticizes it by saying he got her nose wrong.

Like Count Olaf, she could also be considered a sociopath and/or psychopath, due to her enjoyment when engaged in various crimes that often violently impact the lives of others. In The Hostile Hospital, she tries to stab Violet, and later, encourages Klaus Baudelaire to kill his sister by cutting off her head. In The Slippery Slope, Esmé is "astonished" when the White-Faced women refuse to throw Sunny Baudelaire off a mountain as if the idea is not that repulsive for someone to do.

The only exception to her selfishness seems to be Carmelita Spatz, whom she develops motherly tendencies for, freely buying her the same stylish things she herself is obsessed with. She spoils Carmelita as if she isn't already spoiled enough, enabling and encouraging Carmelita's greedy behavior. Parents with a narcissistic personality disorder, which Esmé likely has, often view their children as extensions of themselves, which may explain why Esmé spoils Carmelita.

Considering her overall cruel and unempathetic personality, it should be no surprise that Esmé does not care about the welfare of animals. Lemony Snicket notes, "This evening she was wearing a long coat made from the fur of a number of animals that had been killed in particularly unpleasant ways." She also jokes while trying to kill a crow, "The only bird I like is in a chicken sandwich," showing she does not care about any birds that do not taste good.

In The Penultimate Peril, when Olaf and the Baudelaires try to warn her and Carmelita about the fire, the two don't believe them and instead decide to go to the laundry thinking the sugar bowl is there. This is the last time Esmé and Carmelita are seen in the series. 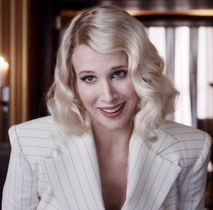 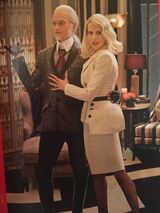 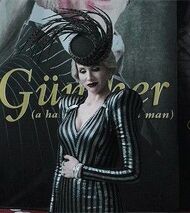 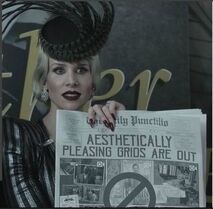 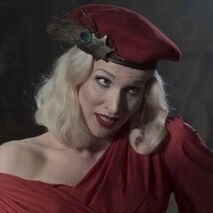 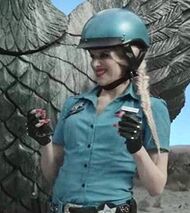 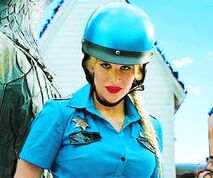 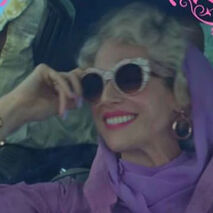 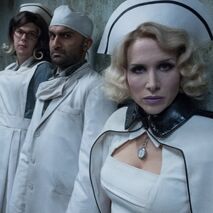 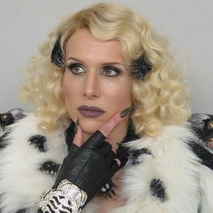 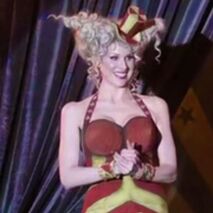 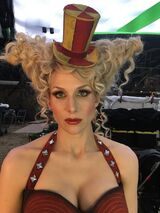 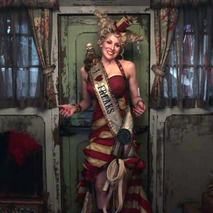 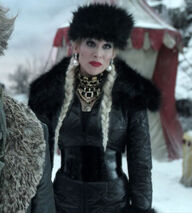 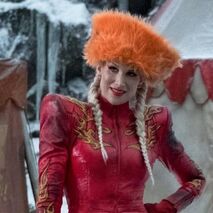 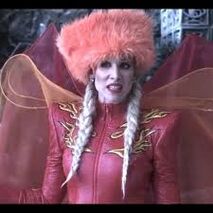 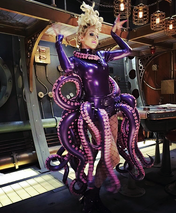 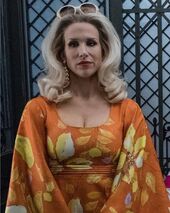 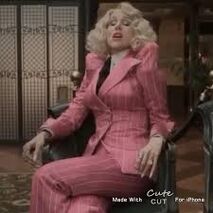 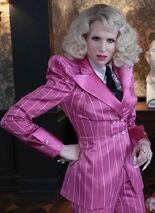 Add a photo to this gallery
Retrieved from "https://femalevillains.fandom.com/wiki/Esme_Squalor_(A_Series_of_Unfortunate_Events)?oldid=186910"
Community content is available under CC-BY-SA unless otherwise noted.