The Female Villains Wiki
Register
Don't have an account?
Sign In
in: 1940s, Blonde, Comic Book Villainess,
and 15 more

Baroness Erica Von Kampf was the arch-nemesis of Marla Drake (AKA: Miss Fury).

One ongoing plotline was Marla's adoption of Darron, the abandoned son of Erica Von Kampf and Gary Hale (Marla's former fiancé), who had been married after Marla and Gary split. Marla was unaware of the toddler's parentage but, she rescued him in Brazil from the brutal guardianship of Dr. Diman Saraf, who planned to use him in a deadly experiment. She was initially denied custody of the boy because she was a single woman, which broke her heart but, her courage and heroism in the rescue eventually won over the authorities. 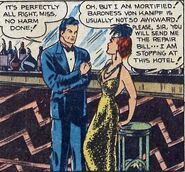 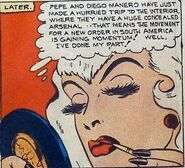 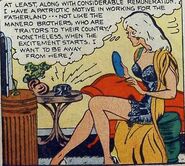 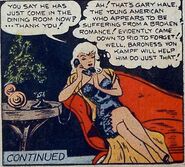 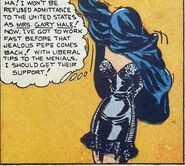 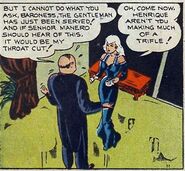 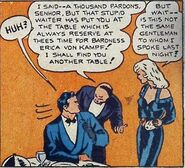 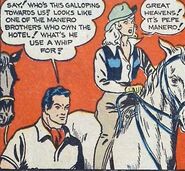 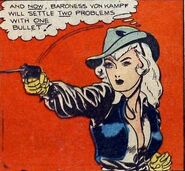 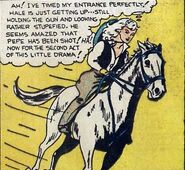 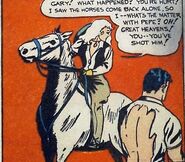 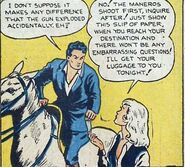 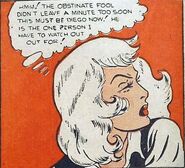 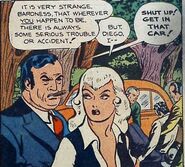 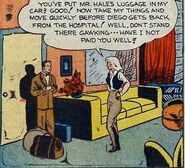 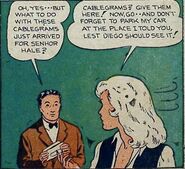 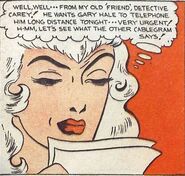 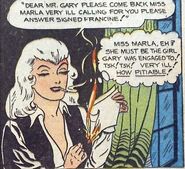 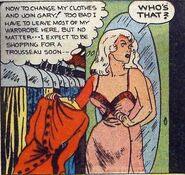 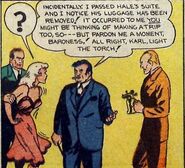 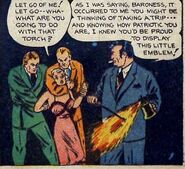 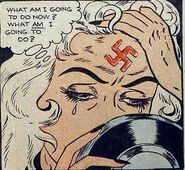 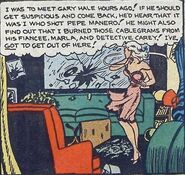 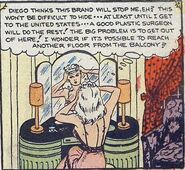 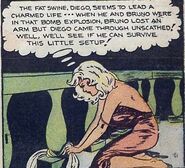 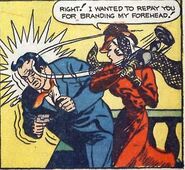 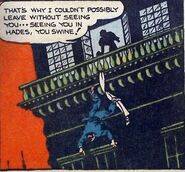 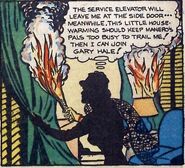