Start a Wiki
watch 01:51
The Loop (TV)
Do you like this video?
Erica (Michelle Jubilee Gonzalez) is a secondary antagonist in the 2011 episode "Operation: Triple Cross" (episode 1) for the action comedy web series "The Adventures of Superseven", which appeared on YouTube from 2011-2015.  Triple Cross was episode 1 for the series.

Erica first appears in an underground parking garage at midnight in an attempt to sell a secret computer disc.  She meets Superseven (Jerry Kokich), who is an international man of mystery and top agent for T.H.E.M. (a secret organization, sworn to battle the world wide forces of evil).

Just as she is passing off the microchip for an envelope of money, she is double-crossed by her partner, Cross (Andrew Palmer) when he shoots her in the back.

As Erica falls to the ground, she whispers something in Superseven's ear, and Cross shoots her once again. 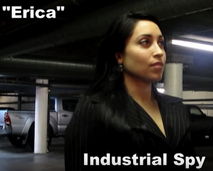 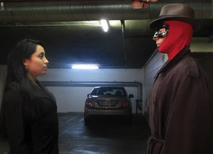 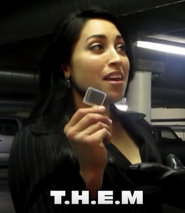 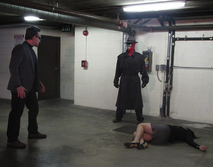 Add a photo to this gallery
Retrieved from "https://femalevillains.fandom.com/wiki/Erica_(The_Adventures_of_Superseven)?oldid=150354"
Community content is available under CC-BY-SA unless otherwise noted.