Erica (Catherine Campbell) is a member of a crime group in the 1982 episode "Just Another Three Ring Circus" for the TV series "Greatest American Hero".

Erica is posing as a member of a Polish tight rope act at a traveling circus. They are responsible for the disappearance of a circus clown. In addition, they are helping to run a phony dating service.

Bill Maxwell (Robert Culp) is assigned to locate the missing circus, and Ralph Hinkley (William Katt) poses as a human cannonball to investigate it.

Ralph meets Erica in his dressing room, and she arranges for him to meet the owner Klaus Vorman (Alex Rodine). He wins the audition by using his powers to pull off a great landing.

Erica finally realizes that Ralph is not here for the circus act, and they attempt to eliminate him. Through Erica's conversation with her two tight rope performers, we learn that they not only kidnapped the old clown that is missing, but also killed him.

They attempt to sabotage his cannon. Pam Davidson (Connie Selleca) who is Ralph's partner, recognizes Erica from the office of the dating service and warns Bill about her. When Ralph is later shot out of the cannon, Erica and her men take off in a van were they have kidnapped Biff Anderson (Richard Doyle). They take him to the dating service site. They are using the site to debrief CIA agents, and Erica and her cronies are attempting to steal the CIA records.

Ralph and Bill arrive at the business along with Pam. While Ralph takes out the men, Erica helplessly watches. All of them are arrested off screen. 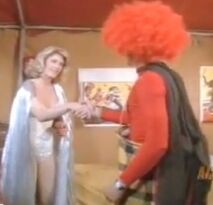 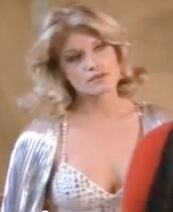 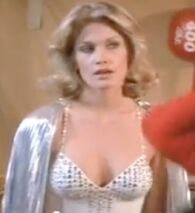 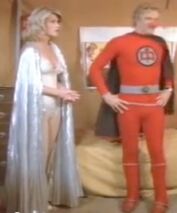 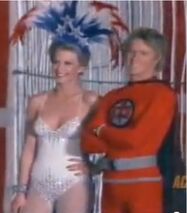 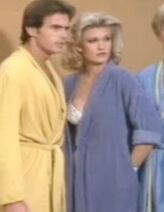 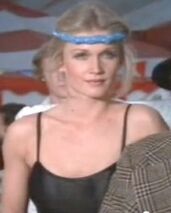 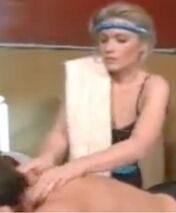 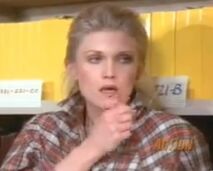 Add a photo to this gallery
Retrieved from "https://femalevillains.fandom.com/wiki/Erica_(Greatest_American_Hero)?oldid=61035"
Community content is available under CC-BY-SA unless otherwise noted.