Enigma is the major antagonist in the animation Musaigen no Phantom World, as a phantom who can steal abilities from people by kissing them.[1]

Looks like a young woman in her mid-20s. She is usually seen with dark clothing and a black hat and resembles a gunslinger from the old west. She has very long and straight black hair and sharp red eyes, she also has pointed ears.[2]

Enigma is a rather unique Phantom just like the Witch. Enigma has the ability to steal powers from ability users by kissing them, and when she does, she simply "drains" the power from the person. She can also use the powers as well. However, she can also take over a humans body and mind. An example is Haruhiko's mother. When she does this, she can exactly act as the person actually does and behave normally.[2]

Engima is an "Enhanced Phantom", which means that she was created by humans; she is an artificial Phantom. The humans have been grafting human DNA to captured Phantoms. According to Engima, every nook and cranny of her body was toyed with and modified with, and she was turned into a creature unlike humans, phantoms or anything else. And because of this, she despises humans, but she claims that she doesn't do it anymore since she is "grateful" towards them now since they created her. Engima's goal was to control Phantoms and dominate humanity.[2]

Enigma is first seen being attacked by some young boys with special abilities in high school. However, after a moment the boys are knocked out and Engima doesn't even have a scratch on her. After this incident, Arisuwarns every student and tells them about this, and if they encounter Engima, they should not fight her, just run. However, a few days after this, Team E hear three girls screaming; they are being attacked by Enigma and fighting her. However, Mai and the others fought her while Haruhiko drew Engima and he managed to seal her, but soon after, she disappeared from his sketch book.[2]

A few days later, Enigma appears but this time disguised as Haruhiko's mother. Haruhiko had waited for his mom for so long so he became very happy, and they started living together. However, this raised suspicion within the the girls in the group, with them thinking it's Enigma, with Haruhiko being clueless about this. They wanted to find about this and therefore made a plan, so they visited Haruhiko's home. They were warmly welcomed by Haruhiko's mother, and after some chatting, Mai got a phone call from Arisu. She told Mai that Haruhiko's mother was actually missing, and that Haruhiko's mother actually was Enigma. And after this, Enigma overhears this and attacks Mai. The others hurried to Mai and the girls tried to fight her, but Enigma destroyed a part of the house and took Haruhiko with her, and soon after kissing him, stealing Haruhiko's ability. She then left Haruhiko's mom's body, revealing her true identity.[2]

Some days after that, Team E encounters her again and fights her. Haruhiko gets back his ability by kissing Ruru and Haruhiko then seals her, where she becomes a "crystal". Mai later destroys the crystal, resulting in her "death". Before this, she tells Haruhiko that she enjoyed the time when she spent disguised as Haruhiko's mom, and Haruhiko replied that he felt the same.[2] 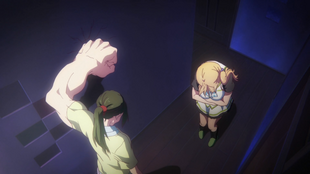 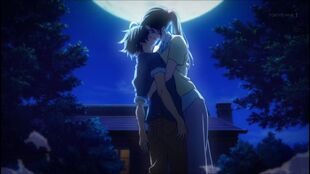 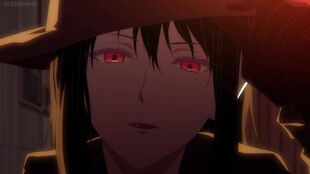 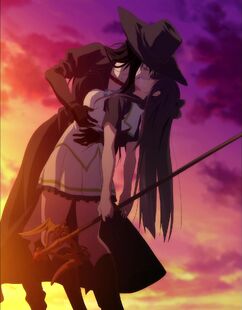 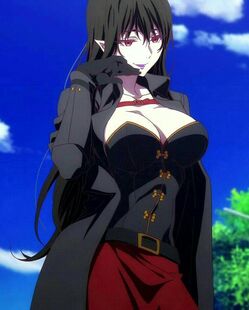 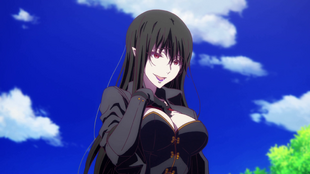 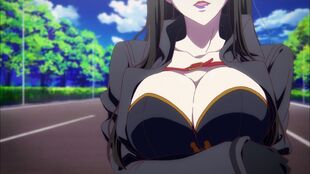 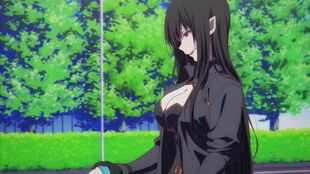 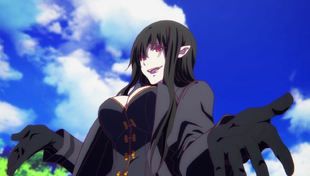 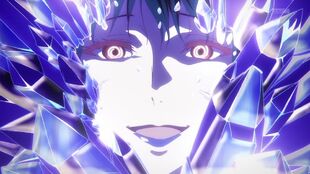 Add a photo to this gallery
Retrieved from "https://femalevillains.fandom.com/wiki/Enigma_(Musaigen_no_Phantom_World)?oldid=158440"
Community content is available under CC-BY-SA unless otherwise noted.