Emma Frost is Sebastian Shaw's consort and second-in-command of the Hellfire Club.  She has strong telepathic abilities, can control thoughts, and can change perceptions and memories. Frost's capabilities are so strong that she has no problem keeping up with Charles Xavier. She is one of the most powerful mutants that can deal with telepathy.

Organic diamond shape: As a result of a secondary mutation, Frost has the ability to transform her body into a flexible organic diamond shape. In many ways this is similar to form Colossus "bio - steel". She can completely transform into diamond and can also transform section manner. If she is unconscious, her body vera delt automatically return to normal state. This transformation also highlights Emma's personality, as she is often rather cold-hearted and has no compassion for others. When Emma is in her diamond form, it is immune to telepathy.

In the 2014 film, "X-Men: Days of Future Past", Erik mentions that Emma Frost died in between 1962 and 1973, and blamed Charles for her death.  She was most likely among those experimented on and killed by Trask, since Mystique seeks revenge on Trask and a Sentinel is show to use her powers. She is based on her Marvel comic counterpart. 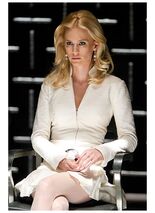 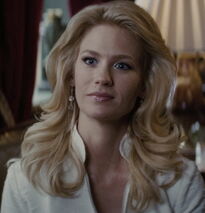 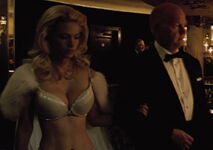 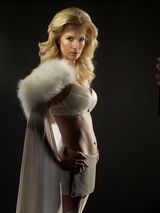 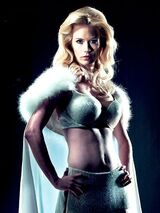 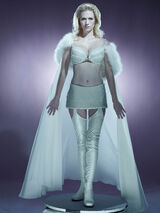 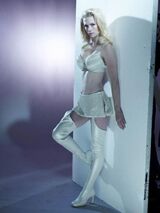 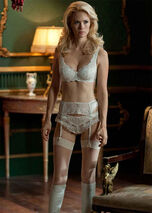 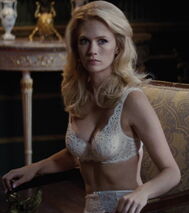 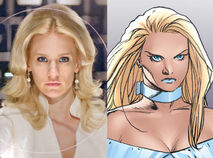 Retrieved from "https://femalevillains.fandom.com/wiki/Emma_Frost_(X-Men:_First_Class)?oldid=153033"
Community content is available under CC-BY-SA unless otherwise noted.