Start a Wiki
watch 01:51
The Loop (TV)
Do you like this video?
Emily Howe (Carol Ohmart) is an antagonist in the 1967 black horror comedy film "Spider Baby", which is also named "Spider Baby or, the Maddest Story Ever Told".

Emily Howe and her brother Peter (Quinn K. Redeker) show up to take control and confiscate their cousins home named "Merrye House".  The Merrey House is a decaying rural mansion that has been inhabited by three overgrown children, Ralph (Sid Haig), Virginia (Jill Banner) and Elizabeth (Beverly Washburn).  They are inbred children, who have become demented and dangerous, and are suffering from a mental disorder.  Living with the children, is their protector and chauffeur, Bruno (Lon Chaney).

Emily and Peter plan to swindel the children out of their home by any means possible, even if it means they do so by taking them to court and showing that they are insane, which they are.

They arrive with their lawyer Schlocker (Karl Schanzer) and his assistant Ann Morris (Mary Mitchell), and insist on staying at the house.  Dinner is served after Ralph happily kills a cat for the main course.  The revolting meal includes insects, mushrooms, and a garden salad made of weeds.

Living in the basement of the mansion, is the mysterious Aunt Clara, Aunt Martha, and Uncle Ned, who are also insane, with the same disorder, that seems to have run in the family.

After dinner, events spiral out of control.  Virginia and Elizabeth murder Schlocker and dump his body in the basement, where the relatives apparently eat him.  Meanwhile Emily has retired to her bedroom for the night.  She proceeds to model some black lingerie as Ralph peeks in and watches.  When she finally notices, she runs out of the house and into the woods still wearing her black lingerie.  She is chased by Virginia and Elizabeth with knives.  Just before they catch her, she is grabbed by Ralph, who rapes her.

Meanwhile Peter is wrapped up in ropes tied to a chair by Elizabeth, and Ann nearly has her leg sawed off by the girls.  Emily comes back from the woods, and has apparently become aggressive due to her being raped.  She finds Ralph who now is interested in Ann, and she attacks him out of jealousy.  Emily digs out Ralph's eyes.  However, before she can finish him off, her legs are grabbed from the hands of the cellar dwellers and taken below the floor boards where she apparently is eaten alive.

When Bruno figures out what has happened, he lights a bundle of dynamite, blowing himself, the house and the children to bits.  Peter survives and apparently marrys his secretary Ann. 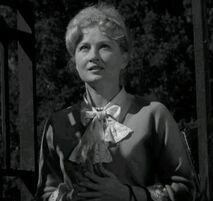 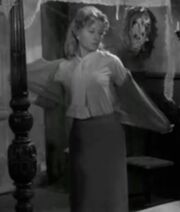 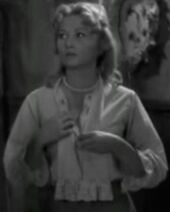 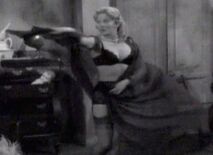 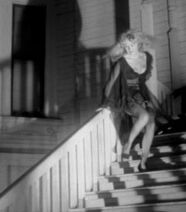 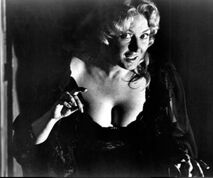 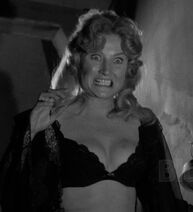 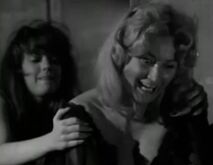 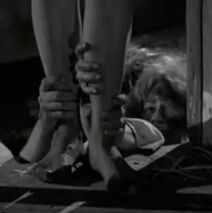 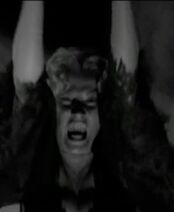 Add a photo to this gallery
Retrieved from "https://femalevillains.fandom.com/wiki/Emily_Howe_(Spider_Baby)?oldid=130817"
Community content is available under CC-BY-SA unless otherwise noted.