Countess Elyra Barovna came from an old family of famous circus artists. Once a circus impresario Loritz Nugenberg arrived at her castle. They met and the Countess showed him her acrobatic skills. Loritz was very impressed with her talent and invited her to perform in a circus. Her performance was very popular with the public. However, she seemed strange to the second acrobat and he talked about it with the impresario. The following night, he died falling from a height during a performance. Nobody suspected Elyra of this. Everyone thought that there was an accident. Elyra said that while she can act in the attraction herself. One night, the watchman saw her in her true form and Elyra killed him. A little later, she envied the popularity of animal trainer. She went to the cage and with the help of her vampire power forced the lions to attack the trainer. At night, she came to a wounded trainer to kill him. She saw a circus strongman and she attacked him. After some time, bloodlust took over. And she wanted to kill again. However, this time the man threw a knife at her and fell right in the heart. Then the vampire disappeared. A few minutes later her body was found in a coffin, which she brought with her.
Elira Barovna appears in the story "Big Top Nightmare" in the comic The Beyond 5  1951 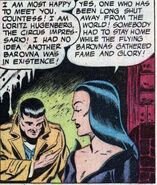 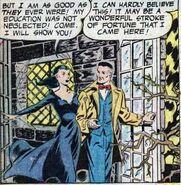 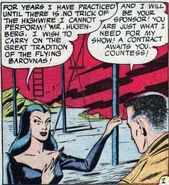 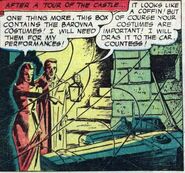 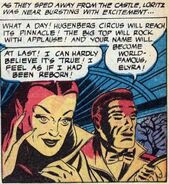 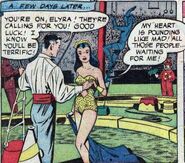 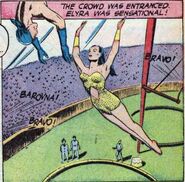 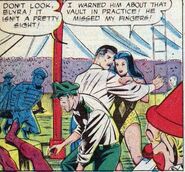 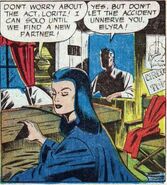 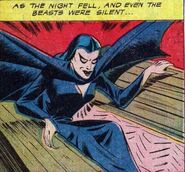 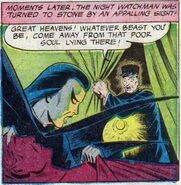 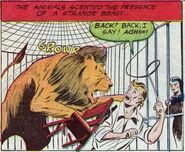 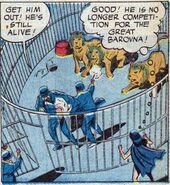 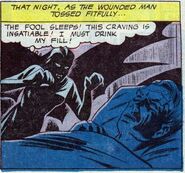 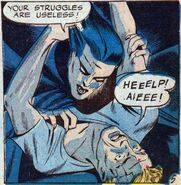 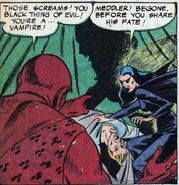 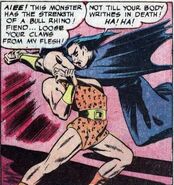 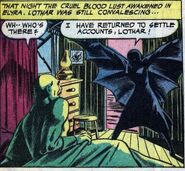 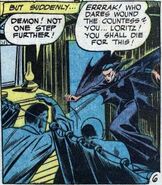 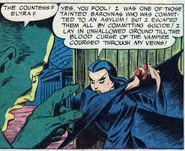 Add a photo to this gallery
Retrieved from "https://femalevillains.fandom.com/wiki/Elyra_Barovna_(The_Beyond)?oldid=193734"
Community content is available under CC-BY-SA unless otherwise noted.