Start a Wiki
watch 01:51
The Loop (TV)
Do you like this video?
Elke Winters (Nisa Wong) is a secondary antagonist in the 2011 episode "Operation: Breakdown" (episode 2) for the action comedy web series "The Adventures of Superseven", which appeared on YouTube from 2011-2015.  Breakdown was episode 2 for the series.

Elke Winters is a spy who is seen at the beginning of the episode while she is sitting in a courtyard of her villa.  Her bodyguards appear watching her from the balcony, when Mama (Damion Poitier) suddenly appears out of nowhere.

Mama sits down next to her and the two exchange pleasantries and then the exchange takes place for the roll of microfilm.  However, before the money can be traded, Mamba pulls out his pistol, and shoots her bodyguards.  Elke pleads for her life, saying that they can make a deal.  However, Mamba disgregards her plea and shoots her.  Elke slumps over, and Mamba removes the microfilm from her thigh high leather boots.

When Superseven (Jerry Kokich) appears, Elke is able to whisper "Mamba" before she slumps over dead. 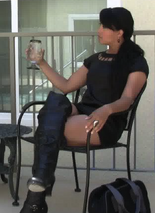 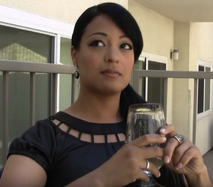 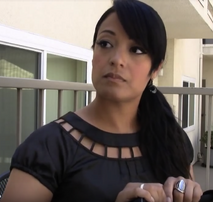 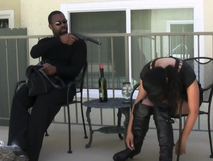 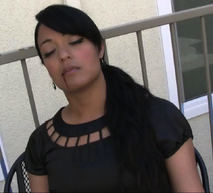 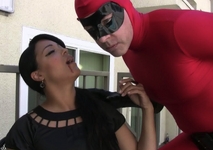 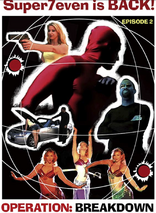 Add a photo to this gallery
Retrieved from "https://femalevillains.fandom.com/wiki/Elke_Winters_(The_Adventures_of_Superseven)?oldid=150361"
Community content is available under CC-BY-SA unless otherwise noted.