Elizabeth Barnard Medina (Barbara Steele) is one of the antagonists in the 1961 Horror Film, "The Pit and the Pendulum".

Elizabeth has faked her own death in order to plot against her husband, Nicholas Medina (Vincent Price). She has set up this plot with her lover, Dr. Leon (Anthony Carbone). When Elizabeth's brother Francis Barnard (John Kerr) visits Medina's castle in Spain to find out more about his sister's death, things go shockingly awry.

Nicholas is the son of a notorious barbaric Spanish Inquisitor, and there is an elaborate torture chamber in the castle's dungeon. When Leon and Elizabeth scare Nicholas, he goes instantly insane, and thinks he is his father Sebastian, the Inquisitor. When Nicholas was a child he witnessed his father hit his own brother Bartolome (Charles Victor) with a red hot poker, and then torturing his wife Isabella Medina (Mary Menzies) to a slow death. Nicholas captures Elizabeth and exclaims he's going to torture her, having her die an agonizing death. He slams her into an Iron Maiden, which is a medieval man-sized torture device with pins inside in which the victim gets lucked up in. Then he deals with Dr. Leon by throwing him in the bottomless pit.

Having heard Eliabeths sreams,Just then, Francis shows up and Nicholas ties him to the rack with a giant pendulum with a sharp blade on the end. The blade slowly gets closer to Francis. At the last moment, Francis is rescued by Maximillian (Patrick Westwood) and Catherine Medina (Luana Anders) while Nicholas falls into the pit. As they begin to walk up the stairs and out of the dungeon, Catherine pauses and says: "No-one will ever enter this room again..." As the massive door closes and the locks are heard from the other side; in a shocking finale, the camera quickly pans to the other side of the dungeon, and the Iron Maiden located there. You see Elizabeth who is bound and gagged and very much alive. She has the looks of impending doom, as she realizes she has been sealed for eternity, just like she had done in her faked death. 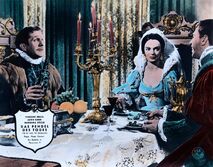 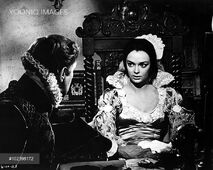 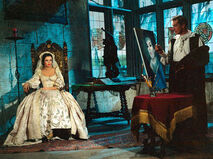 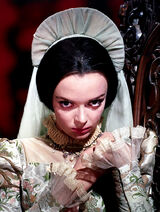 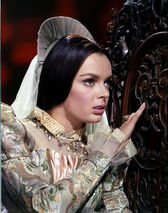 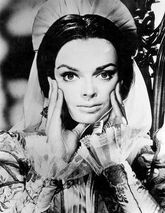 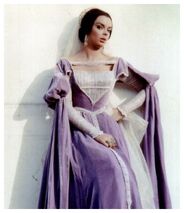 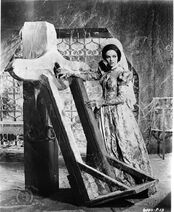 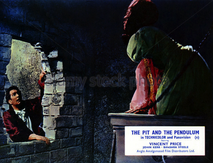 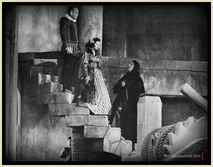 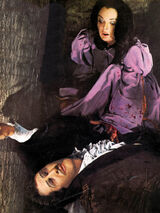 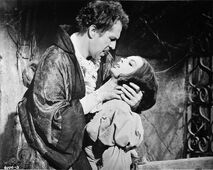 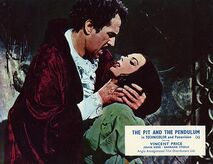 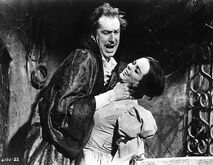 Add a photo to this gallery
Retrieved from "https://femalevillains.fandom.com/wiki/Elizabeth_Barnard_Medina_(The_Pit_and_the_Pendulum)?oldid=200233"
Community content is available under CC-BY-SA unless otherwise noted.