Elexis Sinclaire is the main antagonist character in the cyberpunk-themed SiN series.

Elexis is a rich and powerful mad scientist who is secretly engaged in organized crime and planning to make a radical artificial evolutionary advance to the human race, and enemy of the protagonist character, private security force commander John R. Blade. She was introduced in the game SiN in 1998.

In the 2006 game SiN Episodes, her design was based on the model Bianca Beauchamp. Elexis is often perceived as one of the most sexual (either sexiest or most sexualized) female characters in video gaming, at one of ending she show her private just to buy a time to escape.

Elexis is also the main antagonist in Sin: The Movie, an anime film produced by ADV Films along with Ritual Entertainment. 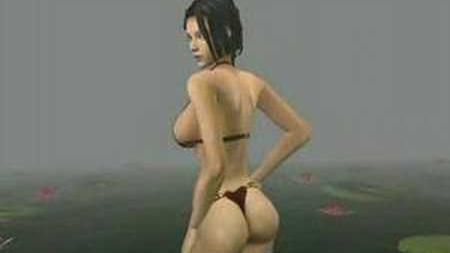 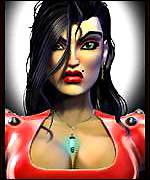 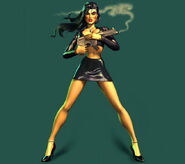 Bianca Beauchamp with the in-game character

Retrieved from "https://femalevillains.fandom.com/wiki/Elexis_Sinclaire_(SiN)?oldid=160541"
Community content is available under CC-BY-SA unless otherwise noted.