Elena Vazin (Moira Lister) is a villainess who appears in the 1967 episode "The See-Through Man" for the TV series “The Avengers”. Steed and Mrs Peel are investigating the theft of several top secret documents. The evidence points to an invisible man committing these acts. In reality it is the work of Major Vazin and his wife Elena, two top spies. They are trying to convince everyone that they have possession of a secret invisibility formula, which is untrue.

Elena captures Mrs Peel and makes her believe that they are using the formula to steal documents. She tries to let Emma escape thinking that she will tell everyone about the formula. However, Mrs Peel sees through the phoney trick and return to the Embassy to deal with the villiainess.

Elena tries to draw a gun, but Mrs Peel is too quick and engages in a fight with Elena. Mrs Peel has far superior fighting skills and throws Elena across the room and onto a sofa, finally sending the other woman across the floor where she crashes into a filing cabinet and is knocked senseless. Before she can recover one of the drawers come out and hits her on the head, knocking her out.

Elena is deceptive and created a scheme to make everyone believe they had a formula for invisibility. When her plan failed Elena attacked Mrs Peel, utilizing a vicious fighting style, attempting to claw Emma's eyes, grab her breasts and kick her groin. 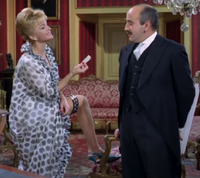 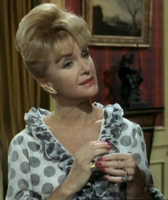 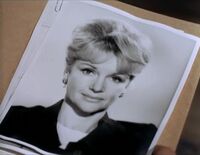 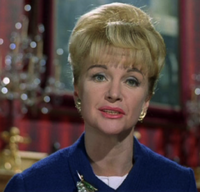 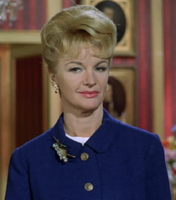 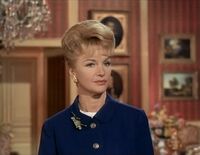 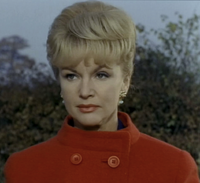 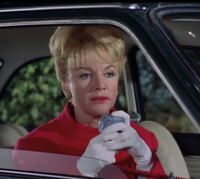 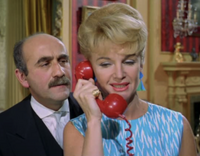 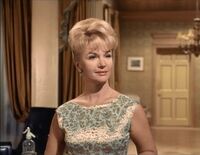 Everything going to plan... 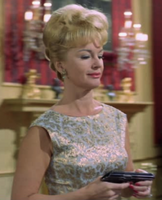 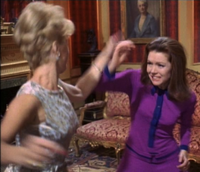 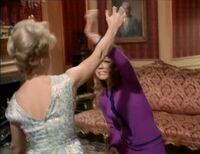 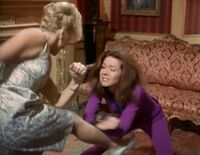 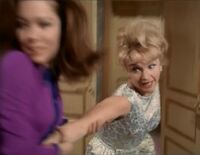 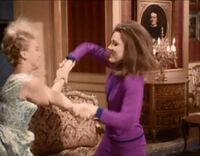 Tied up in knots]] 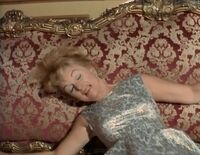 Everything isn't going to plan... 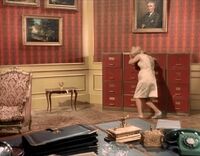 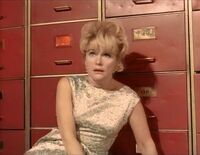 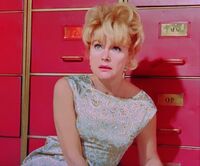 Elena is startled at how easily she has been defeated. 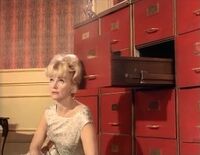 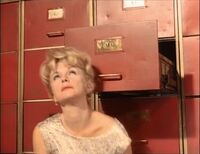 Elena...knocked out and defeated at the hands of the goodies

Sliding to defeat
Add a photo to this gallery
Retrieved from "https://femalevillains.fandom.com/wiki/Elena_Vazin_(The_Avengers)?oldid=212981"
Community content is available under CC-BY-SA unless otherwise noted.