Start a Wiki
watch 04:10
The Loop (TV)
Do you like this video?
Elena (Wanda Guida) is a secondary antagonist in the 1965 spy drama "Secret Agent Fireball".

Elena is a Russian Spy who is attempting to obtain a roll of microfilm containing information about the Soviet H-Bomb.  The microfilm was taken by Russian scientists when they escaped the USSR in hopes of defecting.

Elena and her partner Yuri (Luciana Pigozzi) attempt to eliminate these scientists in order to keep the microfilm from being discovered by the wrong side.

Elena meets one of the scientists at a restaurant.  Before she leaves, she signles to her partner to kill him, which he does with a dart gun disguised as a pipe.

Later she and her partner kidnapped another scientist and were involved in torturing him.  Still later, they shot a group of agents, and kidnapped Liz Grune (Dominique Boschero), the leading lady.

They were forced to try to get away by fleeing in a speed boat.  However, Bob Fleming (Richard Harrison) tracked them in a helicopter.  Fleming was an American CIA agent, who was also trying to locate the microfilm.

Secret Agent Fleming threw bottles of alcohol that exploded in the boat.  While destracted, Liz was able to jump off the boat.  Then, Fleming shot into the boat, which caused the alcohol to catch fire. Flames started getting high, and Elena began to burn up.  Lastly, the boat exploded killing Elena and her partner. 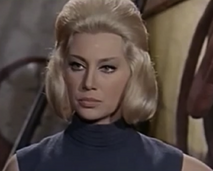 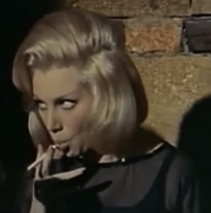 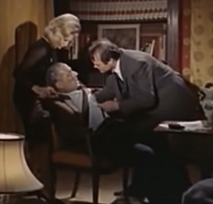 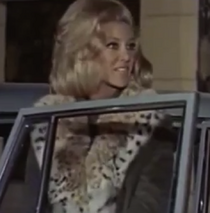 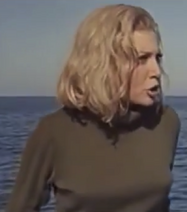 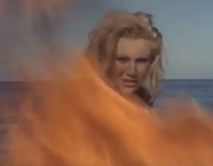 Add a photo to this gallery
Retrieved from "https://femalevillains.fandom.com/wiki/Elena_(Secret_Agent_Fireball)?oldid=178273"
Community content is available under CC-BY-SA unless otherwise noted.