The Female Villains Wiki
Register
Don't have an account?
Sign In
Advertisement
in: 1990s, Brunette, Business Villainess,
and 26 more

Elektra King (The World Is Not Enough)

View source
watch 01:55
Cobra Kai Season 4 - The Loop
Do you like this video?
Play Sound

Elektra King (Sophie Marceau) is the lead villainess from the James Bond movie The World Is Not Enough.

She is selfish and only thinks of money, and in the end is shot to death by James Bond. Before her death she tortures James Bond in a torture chair.

Elektra is the daughter of Sir Robert King, whose mother's side of the family is of Azerbaijani descent and fled the country immediately after the Soviet Union was established. She was kidnapped as a teenager by the terrorist Renard, and her father refused to pay the ransom on the advice of family friend (and James Bond's boss) M. Embittered, she became Renard's lover and participated in his scheme to extort money from her family (going so far as to mutilate her ear so Renard could send it to her father as a warning) but pretended to have been traumatized by the kidnapping. (Bond thought she suffered from Stockholm syndrome, but may have been blinded by his affection for her.) 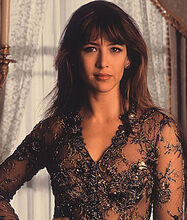 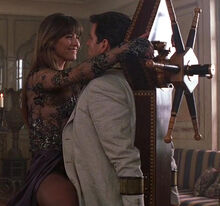 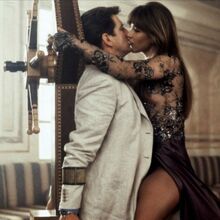