She is a super-powerful villainess with various powers. Her powers include super-strength, transformational abilities and the ability to shoot lightning from her fingers. She wears a PVC teddy with ankle boots and stockings which give the appearance of thigh-boots.

She starts off as Lorna Duncan, the stepmother of the hero, who secretly lusts after him. She is captured by the villain's two leather-clad henchwomen, Karen and Gina, and is encouraged to embrace her inner lust and evil. She casts off her inhibitions and joins the villain, helping him capture the hero and obtain the super-serum. After "extracting" (cough cough) the super-serum from the hero she is transformed into super-powerful villainess, Electra. She uses her lightning finger powers on the hero, easily defeating him, but is interrupted by the hero's girlfriend. Later she fights the hero again and again defeats him, making him beg for his life while helpless and on his knees. Unfortunately she is tricked and swallows one of the hero's super-pills and explodes. Somehow she is resurrected at the end, leaving the door open for a sequel (which was never made).

http://www.mediafire.com/file/5yxcq1kai1ri0to/Electra_ShannonTweed.avi/file In the out-takes, there is an unused close-up of her angrily saying "Kneel down and beg to Electra!". 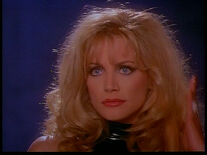 A close-up of the beautiful Electra. 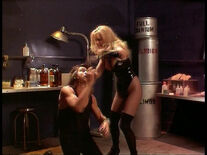 Electra instructs the helpless hero to beg for his life. 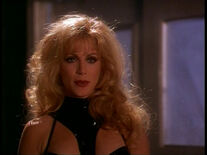 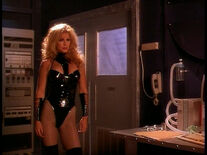 A wider shot of Electra about to entertain the villain. 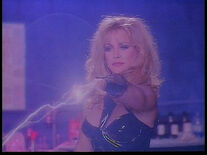 Using her lightning powers on the hero. 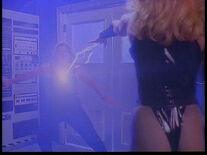 The hero is overcome by Electra's lightning. 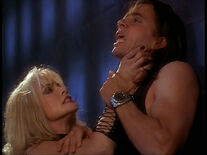 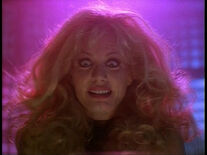 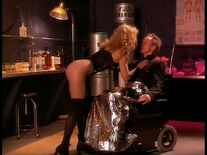 Electra during the aborted serum transfer. 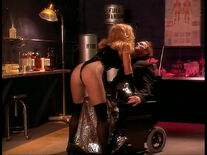 Another shot of Electra during the aborted serum transfer.

Add a photo to this gallery
Retrieved from "https://femalevillains.fandom.com/wiki/Electra_(Electra)?oldid=160538"
Community content is available under CC-BY-SA unless otherwise noted.