Dunya Musta'sim was a former princess of the Musta'sim Kingdom, and a former member of Al-Thamen in the manga series and animation Magi.

Petite young woman with light green hair worn in ringlets and blue eyes, which are usually closed. Like most members of Al-Thamen, Dunya has three vertical dots on her forehead.[1]

When Aladdin's group gets to know where the Dungeon's treasury is, Dunya and her group make their appearance. Aladdin notices immediately that they're from Al-Thamen and run with his friends to the treasury, where Dunya starts her attack. She is surprised when she sees that Aladdin's Borg is very resistant, and states that they're going to fight seriously. She presents herself to Aladdin and Alibaba as the Musta'sim Kingdom's Princess, and asks them to let her conquer Zagan. When they refuse, she sticks her Dark Metal Vessel, Al-Qaus, and transforms into a Dark Djinn. Dunya Equip anime She gathers sand around her hands and starts a fight with Aladdin, while Isaac fights against Alibaba. When she easily destroys Aladdin's Borg he realizes that she's strong. She repeatedly destroys Aladdin's Borg and doesn't seem damaged by Aladdin's Magoi shots, but gradually gets weaker because she runs out of Magoi. She's defeated, but then she remembers her promise to Isaac and stands up again, changing her form to a Dark Djinn Equip. Dunya restarts the fight, changing the shape of her weapon multiple times, giving trouble to Alibaba and Aladdin. With her ability, gets up Isaac from the floor, who fights again against Alibaba. Ithnan makes them stronger with his Lightning Magic. Dunya invokes her Extreme Magic, Rea Bard, and thousands of Dark colored swords rain from the sky. After the execution of her magic, she realizes that she's been fooled and her attack didn't hit her enemies. Isaac tries to protect her, but he's disintegrated into dust as he was dead since the beginning and only Dunya's power maintained him up. Then she collapses and falls into depravity, trying to kill Aladdin and Alibaba with her now-useless Dark Metal Vessel, but Aladdin uses Wisdom of Solomon to know her story. Aladdin searches Isaac's Rukh who finally gives her peace. While unconscious, she is taken to Zagan, but isn't chosen as his master, although she is eligible. After that, she's taken to Sindria.[1]

Dunya, after some time, regains consciousness, but she refuses to talk to anyone except Aladdin. Aladdin comes to her room and fools around to make her laugh. When part of her food falls on her body, he instantly clings to her, making her blush. Then, the two of them plays chess. Aladdin says he's happy that he gets along with her, and she replies she's grateful to him for bringing back Isaac's rukh and that she could talk with him again. Asked why she won't talk with Sinbad and others, she replies that he has a ties with Magnostadt, Yamraiha being proof for it. She starts insulting Yamraiha, so Aladdin wants to talk back, but he notices another part of Dunya's body uncovered and goes for it, but then Sinbad and Yamraiha comes in, and Yamraiha saves Dunya from the pervert. After that, Sinbad explains that Sindria and Magnostadt have no diplomatic relationship and Yamraiha had to leave the Academy 10 years ago, during coup d'état, but she doesn't believe him, since she was referred to as a genius Magician since the establishment of the institution. However, Sinbad reassures her she will never be handed over to Magnostadt, and takes her hand. Yamraiha quickly hits him to let her go, because she's a Princess. Then, she admits that she was a part of the unforgivable Academy, even though she didn't take part in the coup d'état. She then asks Dunya to believe in her master's funeral Later, Aladdin tells Dunya, who seems much weaker now, that he's going to Magnostadt, because this country discriminates others. He adds that he can't leave such a place alone, since it's like his homeland. Dunya asks what country was that, but he only says it's very faraway place. After some time, Dunya, who was weaker and weaker everyday, dies, leaving behind nothing but a dry pile of black coal.[1] 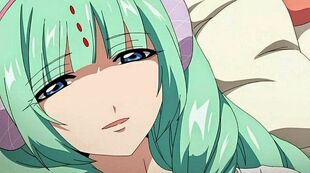 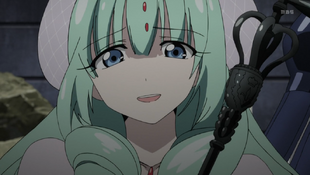 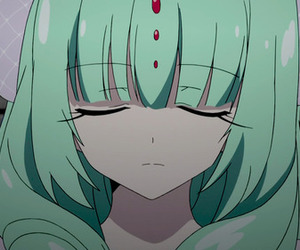 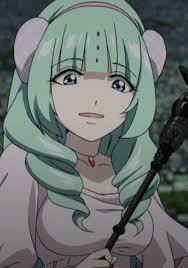 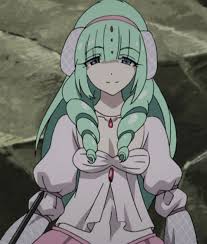 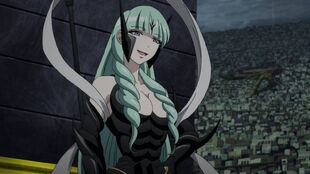 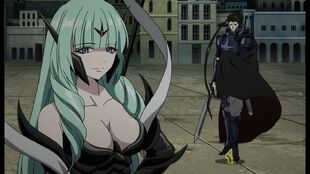 Add a photo to this gallery
Retrieved from "https://femalevillains.fandom.com/wiki/Dunya_Musta%27sim_(Magi:_The_Labyrinth_of_Magic)?oldid=194426"
Community content is available under CC-BY-SA unless otherwise noted.