Dr. Sarah Bellum is a virtual reality researcher in the 2001 TV series "Black Scorpion" episode called "Virtual Vice". She is played by the beautiful actress, Lana Clarkson. This was Lana's final role of her career, since her acting career was cut short after her mysterious murder.

Dr. Bellum attempts to provide a place for homeless in the City of Angels in the form of a shelter based in virtual reality. Mayor Worth (Robert Pine) rejects this proposal, and she becomes Mindbender, a sexy Virtual Reality specialist, who uses her power to create fantasies that transform into reality.

Mindbender kidnaps the Mayor and Babette (Shae Marks). The biggest problem is when she transfers the imaginary world or virtual reality into the real world, and those people who die in their VR fantasies, suddenly die in reality as well.

Mindbender wears a sexy red and silver PVC outfit with opera gloves, a silver cape, beige pantyhose, and thigh high red boots. In her Mindbender costume she has a small diamond on her left cheek, wears matching red lipstick to her red costume and silver eye shadow to her corset.  Her silver corset really does wonders for her cleavage, which she jests, in her first fight with Black Scorpion, that it 'comes with a surge protector' after sustaining a blast to her midsection.  On her head is a tiara made out of computer parts. She uses exploding flash drives as her weapons. Mindbender has two sidekicks, Giga (Amy Miller) and Byte (Lisa Alvarez) who serve as her sexy henchwomen.

In one sequence of the movie, Dr. Sarah Bellum appears as a barbarian girl in her virtual reality game called "Wrath of Warriors". This is sequences from her movie "Barbarian Queen".

Black Scorpion's (Michelle Lintel) personal mechanic Argyle Sims (Brandon Terrell) foils Mindbenders' plans by helping Black Scorpion get out of the Virtual Reality game Wrath of Warriors by showing up at Mindbenders' apartment and removing Black Scorpion's VR visor. In turn Black Scorpion is able to free the others in the room from the VR game and thus disabling Mindbenders' ability to use her mouse controller to kill anyone in the VR Wrath of Warriors game. The show ends with Mindbender and her two beautiful henchwomen in a prison cell wearing the virtual reality headgear and their respective costumes while handcuffed to the wall. In their virtual reality mind, they are chained up in a medieval dungeon crying for help. 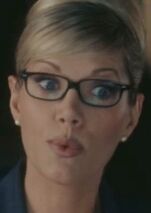 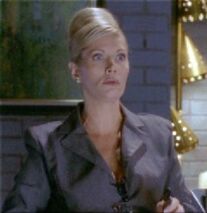 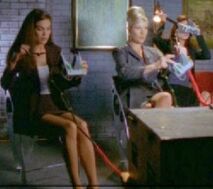 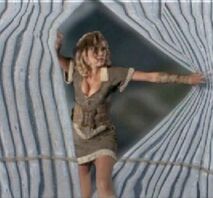 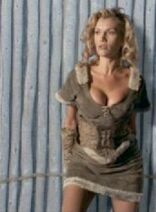 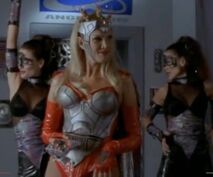 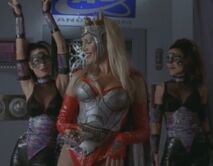 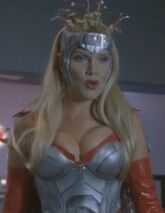 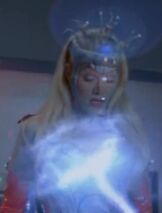 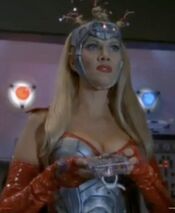 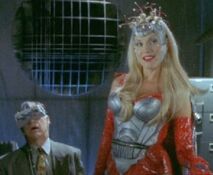 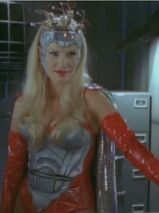 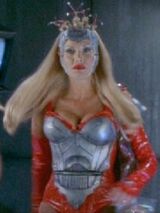 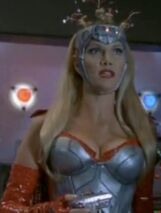 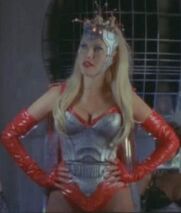 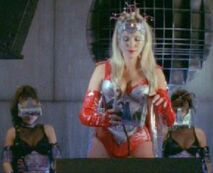 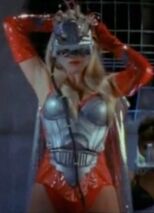 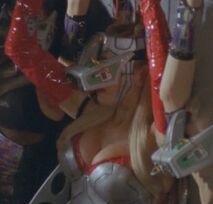 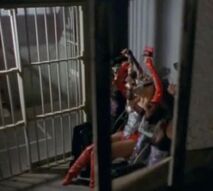 Add a photo to this gallery
Retrieved from "https://femalevillains.fandom.com/wiki/Dr._Sarah_Bellum/Mindbender_(Black_Scorpion)?oldid=138766"
Community content is available under CC-BY-SA unless otherwise noted.