Dr. Marnie Bannister is a deformed and aged female scientist.  She confronts a professor Greaves (Nerio Bernardi) in Madrid who has been conducting some experiments on animals with a substance which regenerates cells.  The experiments were successful, but the animals became aggressive.  Because of this, the professor is unwilling to allow Dr. Bannister to be the first human gunea pig.  As a result, she kills him and consumes the potion.  She immediately becomes a beautiful young woman.

However, like the lab animals, she also becomes a vicious killer.  She kills for money as well as a means to keep her identity a secret.  She also gets involved with some international mobs.

Marnie is dressed in several chic outfits for the time period, and she uses her charms to kill many rich businessmen.  There is also a fantastic catfight with Stella Dexter (Mimma Ippoliti) who wears a green nightgown.  This ends with Marnie knocking Stella out, and then setting her in a bathtub full of water.  Then she pushes the girls face under the soapy water drowning her, while Marnie has a satisfied look on her face.

Marnie is pursued by two policemen, Inspector Trent (Julio Pena) and Commissioner Gonzalez (Armando Calvo), who are baffled by the clues left.  They are looking for an old woman, and keep running into this young woman, which interferes with them being able to solve the crime. 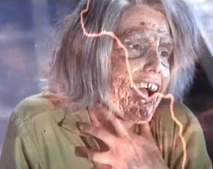 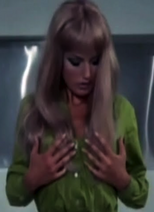 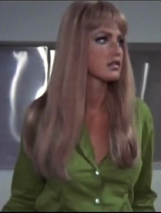 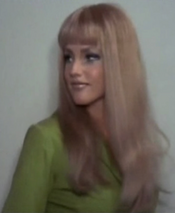 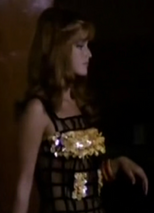 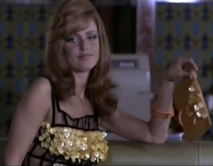 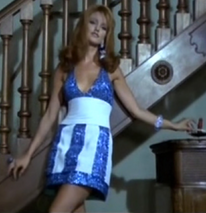 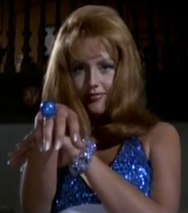 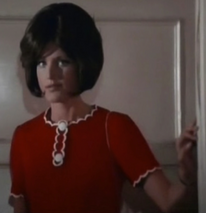 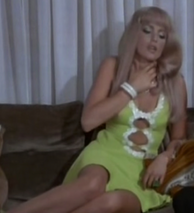 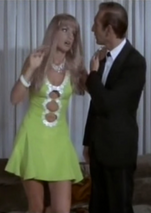 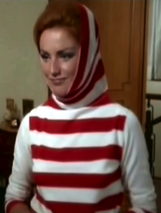 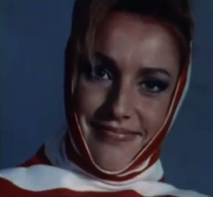 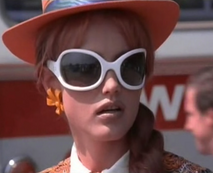 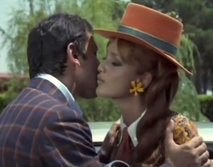 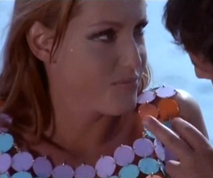 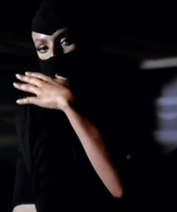 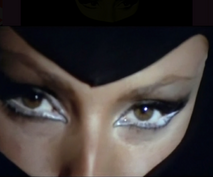 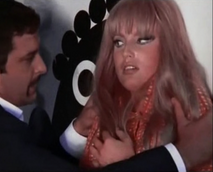 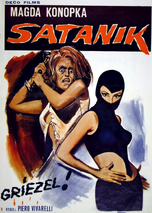 Add a photo to this gallery
Retrieved from "https://femalevillains.fandom.com/wiki/Dr._Marnie_Bannister_(Satanik)?oldid=213399"
Community content is available under CC-BY-SA unless otherwise noted.