Dr.Krackle (Debra Mayer) is the Main Villainess is the 2001 sci-fi Movie 'Micro Mini-Kids'.

Five-foot-3-inch Josh Campbell (Chad Gordon) is too short to dance with dreamy Courtney Wilson (Lauren Petty). So what does he do? Why, buy a growth potion on the Internet, of course. But the plan backfires when he shrinks rather than grows.

Dr.Krackle finds out where the formula was ordered and sets out to retrieve it so she can take over the world.

Throughout the film she kidnaps Courtney and goes after Josh in a shrunken space ship.

Once restored to size she has Courtey at gun point in the middle of a party Josh is at, claiming that she will take over the world and no one can stop her only for Courtney to stamp on her foot and give her an effortless backfist punch, knocking Dr.Krackle out cold, eyerolling.

She is then shown knocked out in the background as the scene ends for the police to come and take her away. 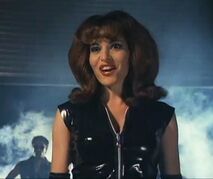 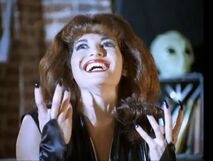 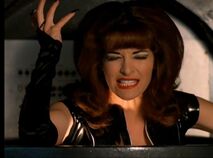 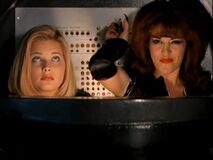 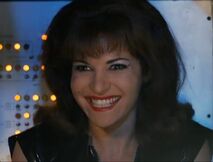 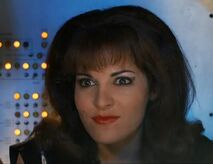 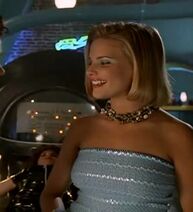 Add a photo to this gallery
Retrieved from "https://femalevillains.fandom.com/wiki/Dr._Krackle_(Micro_Mini-Kids)?oldid=194436"
Community content is available under CC-BY-SA unless otherwise noted.