Dr. Frost is a villainess from the cartoon Plastic Man, she appears in the 1980 episode City Of Ice. Plastic Man is a segmented show from the animated series The Plastic Man Comedy Adventure Show.

Dr. Frost is an elderly scientist searching for the mysterious City Of Ice, which legends say houses a gas that can provide eternal youth. After discovering the gas, she transforms into a beautiful young woman who resembles the statue of a goddess found inside the City Of Ice. Because of this, the Ice Men who live in the city believe she is the goddess reincarnated and become subservient to her. The youthful doctor’s outfit is very similar to the one found on the statue, and she dresses in an incredibly short skirt that isn’t really appropriate for the weather, as well as short pink boots and white gloves.

Plastic Man shows up with his allies looking to find the kidnapped professor and put a stop to Dr. Frost’s evil plans. But the doctor kidnaps Plastic Man’s friends and ties them down to a death trap that can cause sharp icicles to land on top of them when the evil doctor hits a gong. She threatens to kill Plastic Man’s friends if he too doesn’t assist in reversing the effects of the aging gas.

Ultimately, Plastic Man manages to free his friends and stop Dr. Frost. He blocks an exit with his giant hand as she tries to run away from him, and then grabs her and takes her outside. The doctor loses her new found youth the moment she leaves the City Of Ice, and returns to the old woman she was before. She is then arrested for her crimes.

Dr. Frost regains her youth inside the City Of Ice 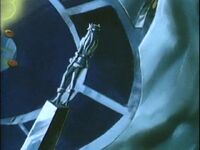 The villainess looks like the statue of a goddess found inside... 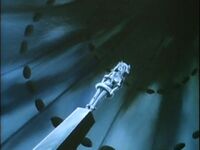 ...which makes the Ice Men inside immediately obedient to her 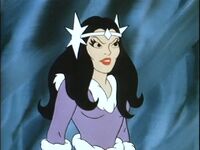 The young Dr. Frost in her new outfit 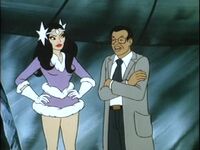 With the kidnapped Professor Howard 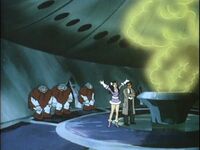 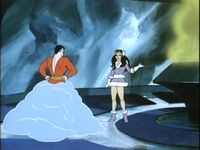 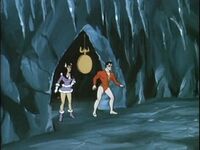 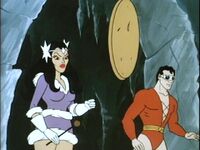 ...just one strike from this gong can end their lives unless Plastic Man helps her 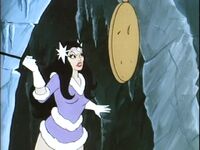 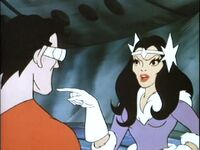 ...and orders her Ice henchmen to deal with Plastic Man

The evil Dr. Frost tries to make her escape... 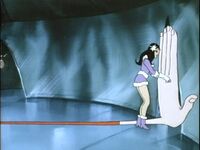 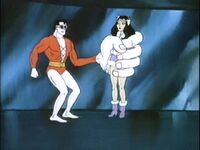 ...who captures the villainess and takes her outside... 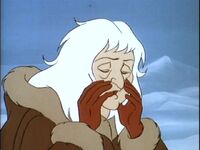 ...where she is dismayed to find her youthful looks have gone
Add a photo to this gallery
Retrieved from "https://femalevillains.fandom.com/wiki/Dr._Frost_(Plastic_Man)?oldid=205866"
Community content is available under CC-BY-SA unless otherwise noted.