Dottie is a villainess from the animated series Batman Beyond. She appears in the episodes:

She is a street punk who is a member of the Jokerz gang, a group inspired by the legendary Joker, who roam the futuristic streets of Gotham City. She and the rest of her crew cause all kinds of chaos for the good citizens of Gotham, some is mere mischief, some can be downright cruel and malicious.

Dressed in a pink polka dot minidress, she is often seen riding her bike with her deadly weapon in hand; a rubber chicken with deadly spikes sticking out of it, which she uses to beat people with. 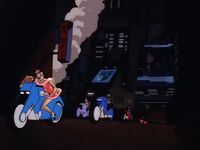 Beating a civilian for her wicked pleasure 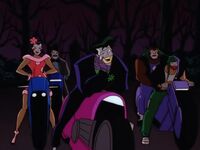 Surrounding a potential victim with the rest of the Jokerz 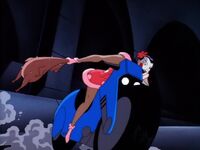 Speeding on her bike with weapon in hand 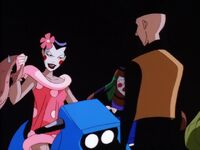 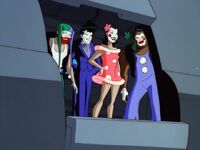 Ready to cause some carnage with her gang 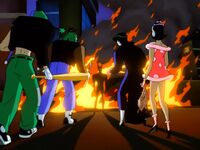 One of Batman's gadgets binds her limbs and makes her fall 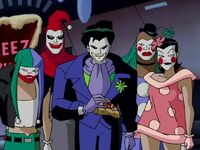 Dottie and the rest of the Jokerz 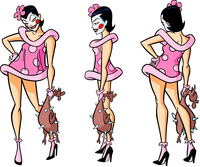 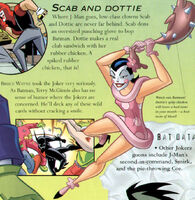 Profile from the Batman Beyond: Animated Series Guide
Add a photo to this gallery
Retrieved from "https://femalevillains.fandom.com/wiki/Dottie_(Batman_Beyond)?oldid=64615"
Community content is available under CC-BY-SA unless otherwise noted.