The Dolls (ベッチ) are enemies from the arcade beat 'em up video game Growl aka Runark (ルナーク). There was also a port of the game later released on the Sega Genesis/Mega Drive. The name Doll was given to them in the Sega Genesis instruction manual.

The Dolls are part of a group of evil poachers who are hunting animals to the point of extinction. They all dress in power suits with very short skirts and high heels. There are six palette swaps of Dolls through the two versions of the game, each with different coloured clothes, hair and skin.

In the game's opening cutscene the heroic rangers are in a bar when they are informed that poachers are on the loose in the forest. Just then a doll walks into the bar with another thug, she throws a grenade at the rangers. The rangers manage to survive by ducking for cover though, and this is where the first level starts.

The Dolls can be found throughout most levels of the game, their methods of attack are punching and kicking the heroes, as well as throwing grenades.

The three versions of The Dolls found in the arcade version 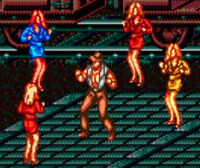 The three versions of The Dolls found in the Sega Genesis version, surrounding the hero

A Doll entering the bar in the arcade version, trying to blow up the rangers

A Doll entering the bar in the Sega Genesis version, trying to blow up the rangers

A Doll throwing a grenade at the hero 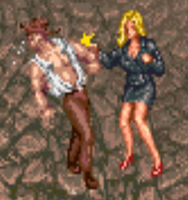 A Doll punching the hero in the face 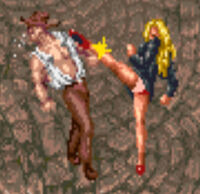 A Doll kicking the hero in the face

A Doll executing a jumping spin kick towards the hero 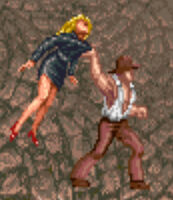 The hero grabs a Doll and throws her around 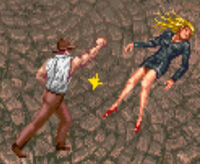 The hero punches a Doll 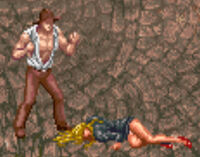 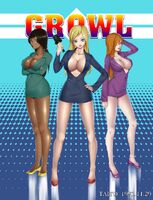 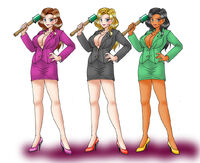 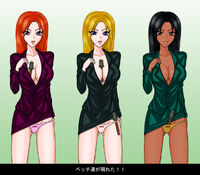 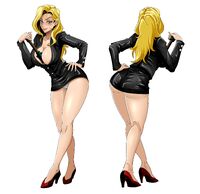 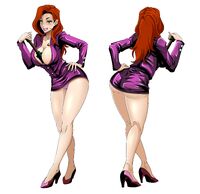 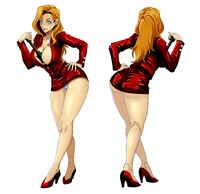 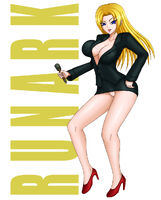 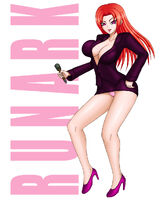 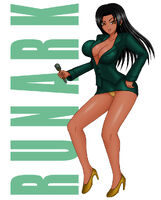 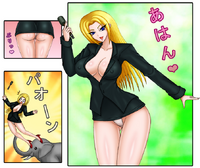 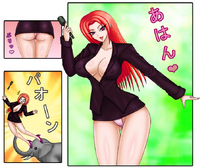 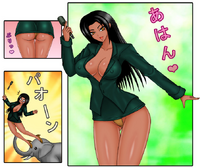 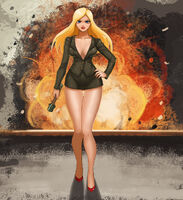 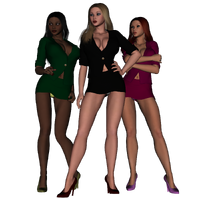 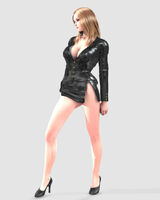 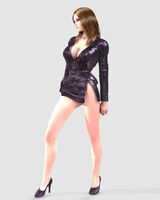 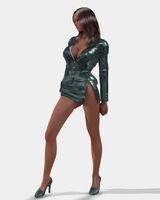 Fanart (by Waraji)
Add a photo to this gallery
Retrieved from "https://femalevillains.fandom.com/wiki/Doll_(Growl/Runark)?oldid=89134"
Community content is available under CC-BY-SA unless otherwise noted.