Start a Wiki
watch 01:51
The Loop (TV)
Do you like this video?
The Darling Doe, played by Marilyn Hanold (b 1938) is one of three henchwomen in 2 back-to-back episodes of the TV series"Batman. The episodes were entitled "The Devil's Fingers" and "The dead ringers" and were first broadcast on the ABC network in the USA on the 26th and 27th of October 1966.

Doe was joined as molls for Chandell (Liberace), who was a musical virtuoso turned villain.  Doe was clearly the lead moll, but was joined by Rae (Edy Williams) and Mimi (Sivi Aberg) in her evil deeds.

We first see the trio of gorgeous bad girls as they interupt Aunt Harriet in a rehearsal for the Annual Wayne Foundation Benefit, at which she will be singing.  Chandell is accompanying her at the piano, when the girls show up wearing tartan miniskirts and talking in Scottish accents.  Doe is playing the bagpipes while the two other women don foils.  We soon learn that Doe's bagpipes emit a high pitched sound.  They render Chandell and Alfred unconscious and stun Harriet enough so they can steal her earrings.  Then they raid Wayne Manor.

After not being able to get ahold of Batman (Adam West) or Robin (Burt Ward), Commissioner Gordon assures Chandell that they will protect him at the concert slated for the Gotham Town Hall.  Little do they know, that Chandell is actually responsible for the robbery at Wayne Manor.  We find this out, when the same three ladies, now dressed in sexy silver sparkly pants and blouses, surround Chandell as he plays the piano at his manor.  Chandell is actually being blackmailed by his cigar chomping twin brother Harry, who is also played by Liberace.

As the concert is going on, Batman is listening to the performance on a radio, and detects a wrong note.  As a result, he contacts Robin and the two agree to meet at Wayne Manor.

While the concert is going on, the Burma Import Company is robbed by Doe, Rae, and Mimi.  This time they are dressed in orange bellydancing outfits.

Bruce and Dick return home, and they are soon greeted by the girls still donning their bellydancing numbers.  They disappear, and the dynamic duo call Commissioner Gordon to assure him they will be at the concert soon.

Chandell hits himself over the head with a root beer bottle knocking himself out.  Batman and Robin wake him up with smelling salts, and Chandell tells them that it was his brother Harry who is at an abandoned player-piano factory.

At the factory, they find Doe, Rae, and Mimi still in their bellydancing outfits.  Batman thinks that they are victims of criminal hypnotism, but before they can interrogate him, Harry's piano movers (henchmen) show up and a fight ensues.  During the fight, the harem girls weave in and out of the fight, which essentially gets in the way of Batman and Robin being able to fight effectively.  The fight ends when Harry drops a music roll on their heads.  He then puts them on the conveyor belt to the paper cutting machine.  It seems that they will be cut to shreds.  However, Batman instructs Robin to start singing and matching him note for note, and by doing so, they mimic the correct shape of their bodies to punch an outline of holes around them missing killing them.

Doe, Rae, and Mimi manage to escape, but Batman and Robin capture Harry and turn him over to the police.  Batman then guesses that Chandell is really behind this whole plan, and that he wants to seduce Harriet, and then kill Bruce and Dick.  As a result, he will get the Wayne fortune as he'll be her husband.

When they arrive back at the Town Hall, they fake the death of Bruce and Dick.  Chandell asks Harriet for her hand in marriage.  However, Doe, Rae, and Mimi are worried that they will be cut out of the plan, and render him unconscious with the bagpipe played by Doe.  Harry then puts on one of Chandell's outfits, and goes to console Harriet at Wayne Manor.  He offers not to propose marriage, but instead to perform a memorial concert together in Bruce and Dick's honor.  However, Harriet figures it is a trap.

When she goes to the rehearsal, she pulls a pistol on him.  Harry stands with his hands raised, and the piano keeps playing, since it is a player-piano.  Harry abandons his original plan and holds Harriet hostage to get a ransom from the Wayne Foundation.  This plan works, as Doe shows up with the bagpipes, rendering Harriet unconscious.

Batman and Robin rescue Harriet, and a fight ensues again.  Cut to the prison, where Chandell is allowed to perform a benefit concert inside the prison bars, as the lovely Doe, Rae, and Mimi look on in stripped black and white prison outfits. 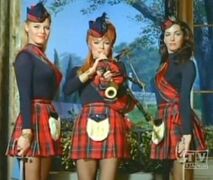 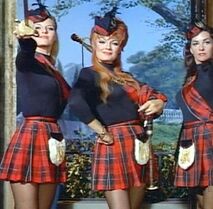 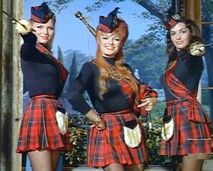 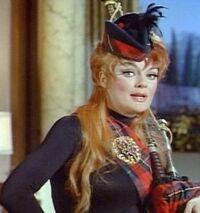 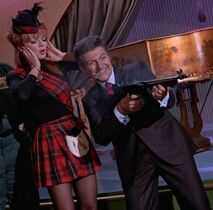 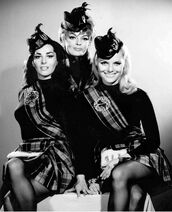 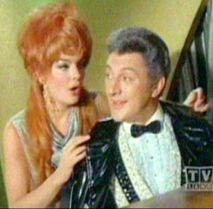 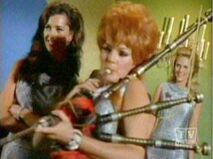 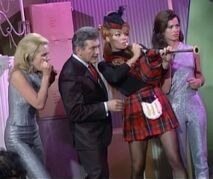 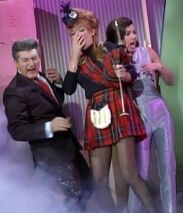 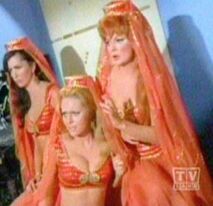 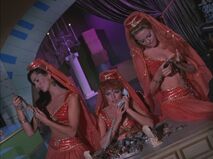 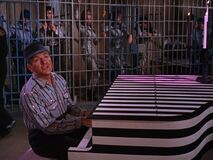 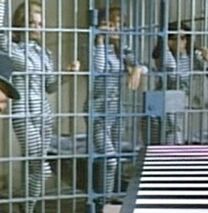 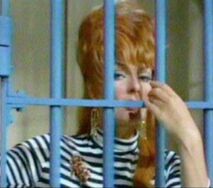 Add a photo to this gallery
Retrieved from "https://femalevillains.fandom.com/wiki/Doe_(Batman)?oldid=201605"
Community content is available under CC-BY-SA unless otherwise noted.