The Female Villains Wiki
Register
Don't have an account?
Sign In
Advertisement
in: 2010s, Anime Villainess, Begs Hero for Mercy,
and 33 more

"Monster Princess" Do-S (怪人姫弩S, Kaijin Hime Do S; Viz: Monster Princess Super S) was a Demon-level Mysterious Being and a member of the Monster Association.

Do-S is a monster that resembles a human female with long, blonde hair with a black flower on the left side of her head. Her eyes are light(pink in Anime) with black sclera and has a pink, heart-shaped symbol on her forehead, as well as many piercings on both ears. She dresses in a BDSM outfit made of straps and held by metal rings revealing her figure; during certain scenes it's shown she has well-endowed abdominal muscles. Her attire is adorned with high-heeled boots, ripped by the side and ripped arm warmers. In addition, she also dons a mask with an S-symbol over the filters as well as a spiked choker. Her unmasked face has fangs and a long, flexible tongue.

While normally acting dominant, Do-S is proven to be submissive and shrewd when faced with Dragon-level mysterious beings, quickly making excuses to avoid punishment from Monster King Orochi after failing to kill Tatsumaki and Fubuki. She's always eager to add more slaves to her army, jumping at the opportunity to subjugate Nanriki's Squad and Atomic Samurai's disciples.

Do-S appears along with the other monsters of the Monster Association simultaneously attacking a random city.She easily defeats Darkness Blade, Saturn Man and Pandaman and explains her abilities to Dynamite Man. She then orders the now hypnotized heroes to attack Dynamite Man, but they are immobilized by the Blizzard Group. Before she is able to retaliate against them, Fubuki stops her whip in midair.

Do-S was overpowering Fubuki and managed to turn all of Fubuki's subordinates into love slaves. While Fubuki tries to hold off Do-S's love slaves, Do-S's whip eventually manages to pierce through Fubuki's telekinesis and hit Fubuk. Her whips shred the back of Fubuki's dress. Do-S manage to hit Fubuki multiple times. Believing that she has Fubuki's mind under her control, Do-S approaches Fubuki and tells the hero about her plans to lure Tatsumaki out. Enraged, Fubuki sends Do-S flying back. Before Do-S could get a hold of the situation, Fubuki uses Hell Storm, which slightly injures Do-S. As it turns out Fubuki did not succumb to the monster's mind control, Do-S changes her plans and decides to kill Fubuki instead of using the hero to lure Tatsumaki out. Fubuki tells Do-S that her sister would come anyway.

Back in Monster Association Headquarters where Orochi executes Awakened Cockroach by devouring him mercilessly due to the latter's failure on defeating Genos, Do-S was about to be executed. Thankfully, she is spared on behalf of Gyoro Gyoro's request to Orochi.

She later encounters Atomic Samurai's disciples and commands Narinki's Squad to fight them off until Sweet Mask intervenes and asks the disciples to leave so he can finish her off himself. After Sweet Mask ruthlessly slaughters the entire squad, Do-S tries to control him with her whip, but to no effect. She then surrenders to Sweet Mask and frantically begs for mercy, even promising to become his slave. Sweet Mask is unmoved by the monster's pleas and takes her life. 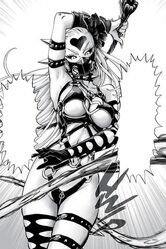 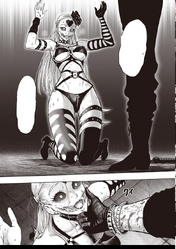 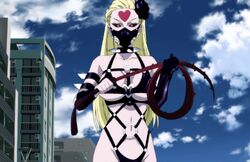 Do s delighted with Fubuki pain after whipping her in anime 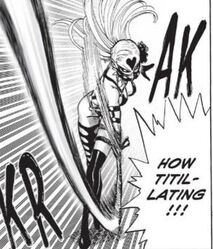 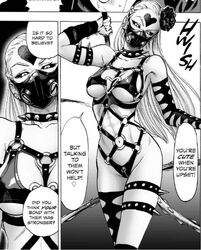 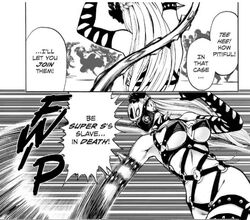 face to face with Fubuki 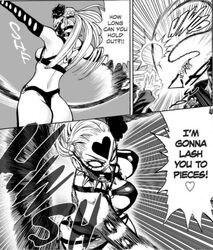 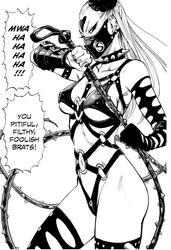 The mistress Slingshot show here power to the foolish hero 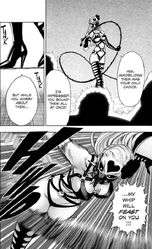 warns that Fubuki will be the next victim of here whip 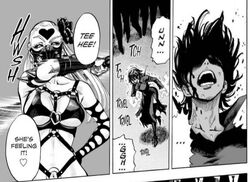 Do s angry and wants to whip Fubuki to death 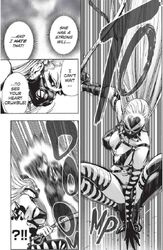 jumps on a pole and claims to hate girls like Fubuki 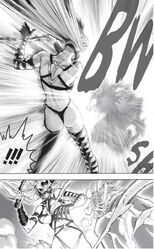 Do s get attacked by Fubuki

Do s surprised that Fubuki did not succumb to his control