Discord was the goddess of Chaos.  She was Ares' twin sister and a daughter of Zeus and Hera and the mother of Strife.

Being a lesser god, Discord never really became a big deal but as Goddess of Chaos, she did her job well.

She also became a thorn in the side of Xena (Lucy Lawless).  Ares gave Discord a chance to be Goddess of Retribution after Memesis, but she eventually took back her original title.

Discord possessed the powers of immortality, teleportation, fireballs, energy blasts, lightning bolts, shapeshifting, fire throwing, conjuration and telekinesis.  Her particular talent was being able to plant discord and hatred in the heart of mortals.

She was briefly involved with the conflict against the Dahak, God of Evil.

Discord sported an outfit of leather straps and sheer fabric that showed off a lot of skin in Xena and Hercules.  She was initially given a slightly more modest outfit of red-brown velvet for Young Hercules since the show was targeted toward a younger audience.  In some episodes, she switched back to her original outfit.

In 'Porkules,' she attempts to become Ares' second in command but her plan backfires and she is turned into a chicken.

During the Twilight of the Gods, Discord joined the other Olympians, including Athena (Paris Jefferson), Poseidon (Rick Jacobson), Deimos (Joel Tobeck), Haphaestus (Julian Garner), Hades (Stephen Lovatt), and Artemis (Josephine Davison), in attempting to kill Xena and her daughter Eve.  She broke with Ares, who held back because of his feelings for the Warrior Princess).  Xena, who was infused with the power to kill deities, decapitated Discords head during the final assault on Olympus. 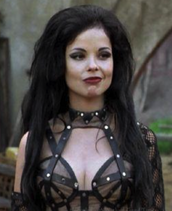 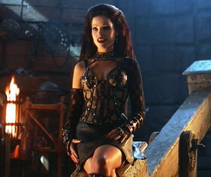 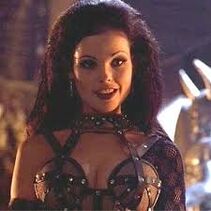 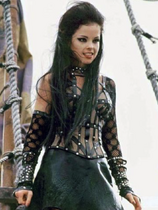 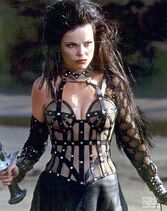 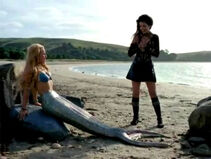 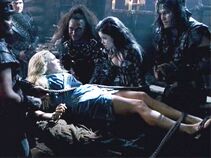 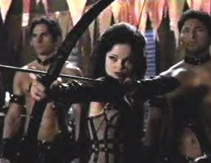 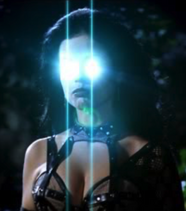 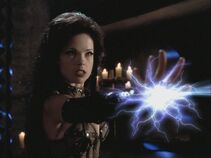 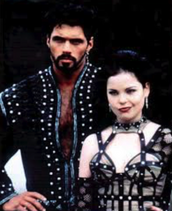 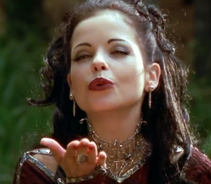 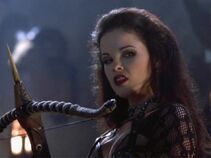 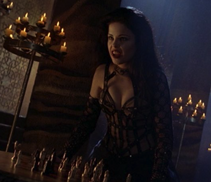 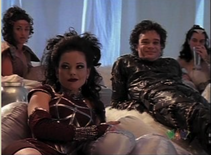 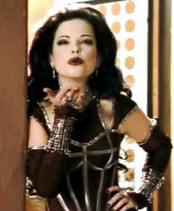 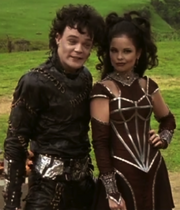 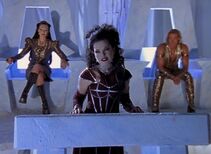 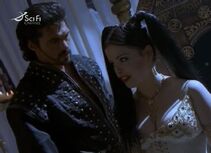 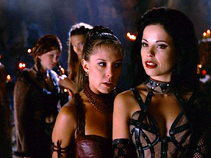 Add a photo to this gallery
Retrieved from "https://femalevillains.fandom.com/wiki/Discord_(Hercules:_The_Legendary_Journeys_%26_Xena:_Warrior_Princess)?oldid=185223"
Community content is available under CC-BY-SA unless otherwise noted.